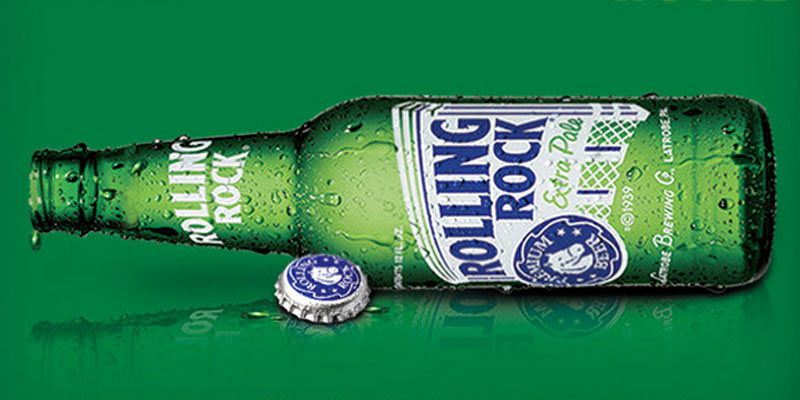 In 1939, the Tito Brothers, owners of the Latrobe brewery, decided they wanted to do their own thing. That thing became Rolling Rock. From its complex blend of simple, traditional ingredients (water, malt, rice, hops, corn, brewer’s yeast) to its iconic painted green bottles, Rolling Rock has always been comfortable being what it is – unique.

Rolling Rock is a premium extra-pale lager with a unique and flavorful malt character that lends to its distinctive taste and subtle hop finish. There’s quite a bit of mystique surrounding the “33” on the Rolling Rock bottle. Some say this might represent the number of words in the pledge of quality, the year Prohibition was repealed, the number of letters in the ingredient list, or a mistake when the first bottle was printed. It remains a mystery.