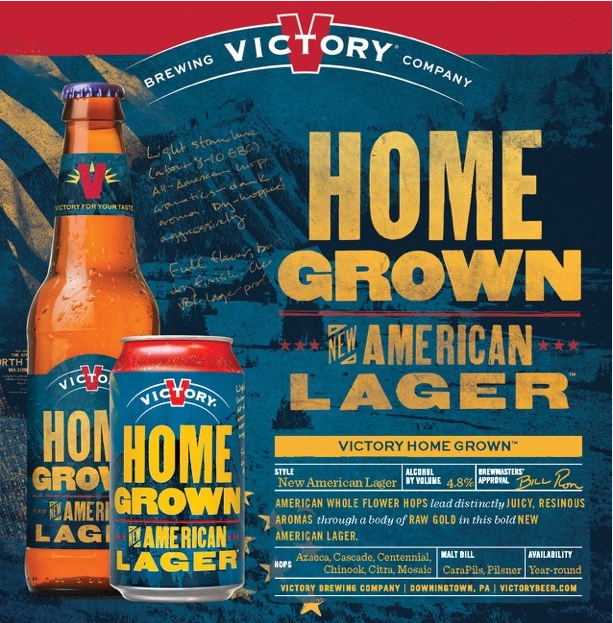 Victory Home Grown New American Lager is made with six varieties of whole flower hops, packing this crisp, drinkable lager with bold and juicy flavors. Launching nationally in 2018, Arizona consumers will have first crack at an aromatic lager without the IPA bitterness that some India Pale Lagers might carry. A new way to bridge lager and IPA consumers, Victory Home Grown New American Lager is aromatic up front, but drinks clean and refreshing like a lager beer, finishing crisp without a lingering aftertaste.

Victory Brewing Company Home Grown New American Lager will be featured at these Scottsdale locations beginning the weekend of November 3-5, 2017: