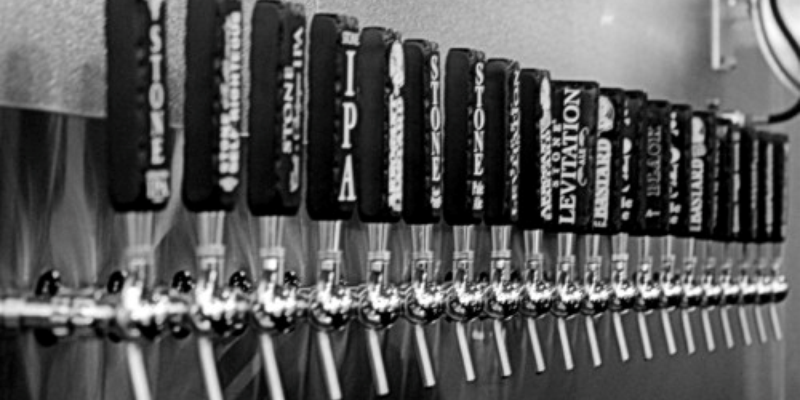 It’s hard to believe that it is already September! With so much happening in the world of craft beer, the months just seem to blow by us. Cooler weather is right around the corner, but before we even start thinking about that, let’s take a look at what is heating up in September in the world of Stone Brewing Co. We are barreling forward with our projects in Richmond, VA and Berlin, Germany and aiming towards operating dates sometime in May of 2016 at each our our new brewery locations. It’s pretty exciting stuff! In the meantime, Team Stone still has some special releases to share in 2015, including the introduction of our Stone 20th Anniversary Encore Series, which we will debut this month! Check out all of the details below on what we’ll see releasing in September, and hold onto your steins, because October, November and December are equally electrifying. Thanks for reading and thanks for your support! We look forward to seeing you out in the trade! 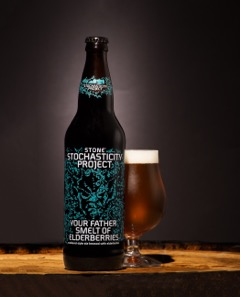 This re-creation of a medieval English ale is a brew the Knights of the Round Table would have heartily enjoyed. A strong beer, it has intense bready malt character accompanied by herbal, earthy hop notes and mild smokiness. The addition of elderberries imparts subtle blueberry-like flavor, while flaked oats and pale, amber and smoked malts mirror grains used by English brewers hundreds of years ago. It’s a beer inspired by the Middle Ages, but perfect for enjoying in the 21st century. 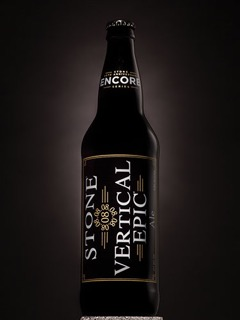 2016 marks our 20th year in business and we’re celebrating with the Stone 20th Anniversary Encore Series, brining back a slew of beloved beers that came and went…but were never forgotten.We’re kicking things off this year by revisiting Stone 08.08.08 Vertical Epic Ale, the seventh release in our Vertical Epic Ale series. We wanted to brew our own West Coast take on hop-driven Belgian beers. The result is this hybrid, which combines Belgian sophistication with San Diego attitude. Tropical fruit and spice from Belgian yeast blend with the pine and citrus flavors from American hops. This yeast was also the key to brewing Stone Cali-Belgique IPA, which debuted that same summer and remains one of our staple beers to this day. 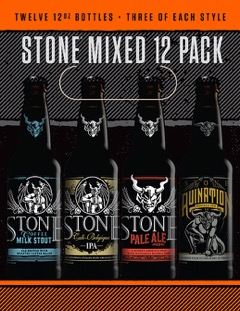 The new mix consists of a fall favorite, an IPA with a Belgian twist and two reborn classics! Yep, we’re mixing it up and we’ve added our upcoming seasonal, along with our Belgian style IPA and our new 2.0 versions of Stone Pale and and Stone Ruination Double IPA. Everybody knows that we like to keep it interesting and our Stone Mixed 12 Pack gives us some freedom to play. 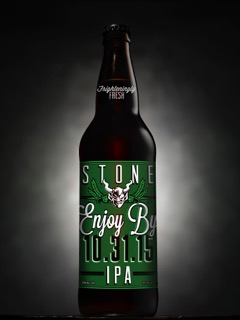 In anticipation of Halloween, we release this frighteningly fresh double IPA. While freshness is a key component of many beers – especially big, citrusy, floral IPA’s – we’ve taken it further, a lot further, in this IPA. You see, we brewed it specifically NOT to last. We’ve not only gone to extensive lengths to ensure that you’re getting this beer in your hands within an extraordinarily short window, we made sure that the Enjoy By date isn’t randomly etched in tiny text somewhere on the label, to be overlooked by all but the most attentive of retailers and consumers. Instead, we’ve sent a clear message with the name of the beer itself that there is not better time than right NOW to enjoy this IPA.

This IPA is spiked at bottling with Brettanomyces, a wild yeast that, over time, brings about charmingly unpredictable complexities of spice, funk, acidity and more. The operative words in our beer-cellaring thesis are “over time”. For those of you who are impatient or like to experiment, the earliest that we recommend sampling this beer is 10.31.15. The beer won’t be fully carbonated until that date. Ideally, you’ll want to cellar the beer up to – or beyond – the Enjoy After date to help it reach its full evolutionary potential. At that point, some facets of the Brett characteristics will have mellowed, while others will have become more profound; it all matures into a fascinating and delicious culmination. Individual results will vary…and that’s both the beauty and the intent behind this beer.