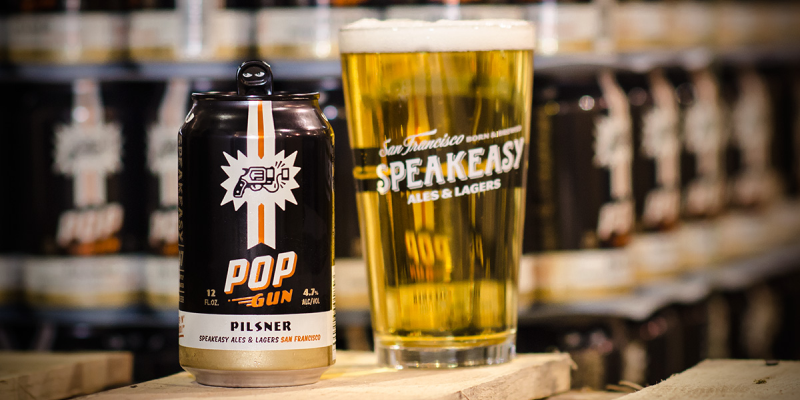 THE THIRD INSTALLMENT OF THE SESSION 47 SERIES

Flavorful, easy drinking, and packaged in cans for the perfect getaway, Pop Gun Pilsner is the newest beer to join the Session 47 Series, produced by Speakeasy Ales & Lagers. Pop Gun Pilsner will be available in cans and on draft year-round. This sharp refreshing beer wakes up the senses and emboldens the spirit.

Brewed using the finest German Pilsner malt, Pop Gun Pilsner delivers a clean full body with hints of honey and malty sweetness. German Magnum, Hallertau, and Saphir hops balance the malt with a crisp bitter finish, and infuse the aroma with tangerine, spice, and floral notes. This traditional German Pilsner was lagered for 28 days and finished at 4.7% alcohol by volume.

“Pop Gun Pilsner is the session beer I’m most excited about,” said Kushal Hall, Speakeasy’s Director of Brewing Operations. “It’s already an employee favorite because it tastes like beer in the best way possible. Not beer like macro lagers, but like historic Pilsners, when they originally took over the World.” 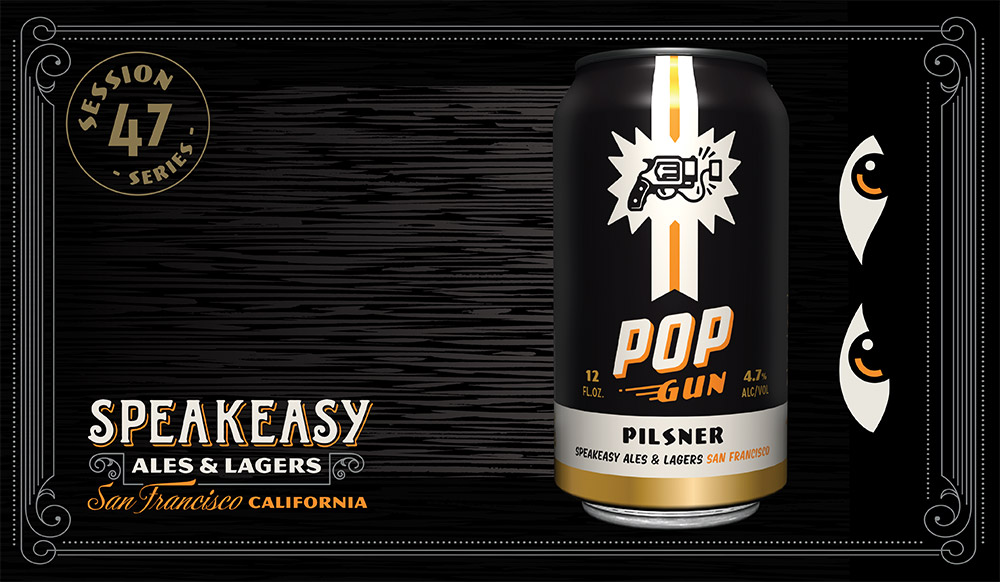 ABOUT THE SESSION 47 SERIES

The Session 47 Series is a new lineup of low alcohol, yet flavorful session beers, created by Speakeasy Ales & Lagers. Releasing beer in cans is a new venture for Speakeasy, and will be exclusive to the Session 47 Series. The series was launched In May of 2015 with the release of Baby Daddy Session IPA, followed by Suds Session Ale in July. Pop Gun Pilsner is the latest beer in the series.