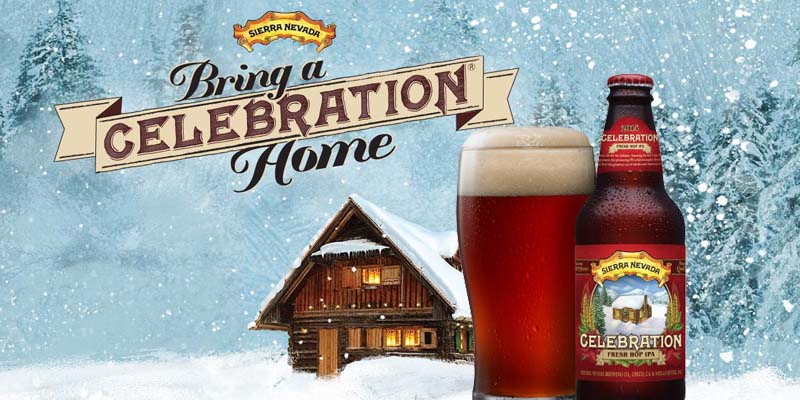 The start of Celebration season is a festive event. Sierra Nevada Brewing Co. can’t start brewing until the first fresh hops have arrived, but once they have the season is officially under way! First brewed in 1981, Celebration Ale is one of the earliest examples of an American-style IPA and one of the few hop-forward holiday beers. Famous for its intense citrus and pine aromas, Celebration is bold and intense, featuring Cascade, Centennial and Chinook hops—honoring everything from our friends at Sierra Nevada. Look for this year’s Arizona release of one of our favorite seasonal beers in late October, 2016. 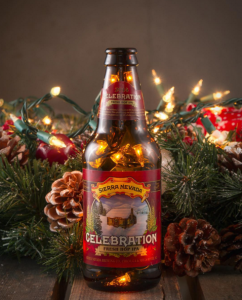 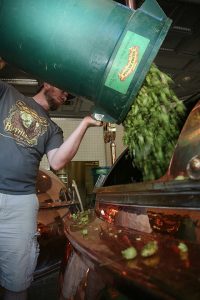 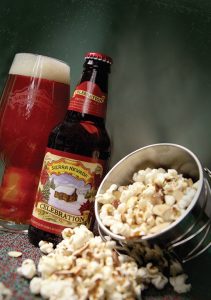 Food Pairing
Cuisine Fish and Chips, Roasted Turkey and Dressing, Polenta and Grilled Vegetables
Cheese Parmagiano Reggiano, Manchego
Brewing is as much art as science, and all beer specifications and raw materials are subject to change at our brewers’ creative discretion. 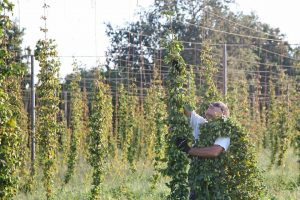 Wet Hop versus Fresh Hop
Over recent years, there has been some confusion about the difference between fresh and wet hops. While it may seem like semantics, to us it’s an important distinction. Wet Hops are un-dried hops, picked and shipped from the growing fields within 24 hours. Fresh Hops are the freshest dried hops to come from the fields, typically within seven days of harvest.
Over 90% of the world’s hop harvest happens between August 31 and October 31, and these hops are used throughout the calendar year. Can hops possibly be the same on November 1, one day after harvest, as they are on July 25, nearly one year after growing in the fields? The answer is no. We think of hops like dry kitchen spices—the flavor of thyme or rosemary right after the jar is opened is far more intense than it is six months later. The same can be said for hops. There are ways to control the way hops age and to reformulate and readjust as some of the aromas fade, but there’s nothing like the magic of the first bales of hops as fresh as can be. That is the stuff dreams are made of! 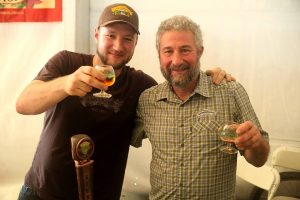 The American Style
Worldwide, Americans have something of an outsized reputation. Bold, brash, and brazen. To some, that boldness is perceived as arrogance, but for us it’s just daring spirit and a thirst for adventure. The term “American” in brewing is not necessarily a sign of origin, but rather a brewing ethos and homage to that daring nature we love so much. In the early days of the craft brewing movement, there were far fewer beer styles and what was on record largely comprised the historical ales of the UK and the lagers of Germany. As American brewers began experimenting with homegrown ingredients and their own techniques, they inadvertently created beer so unique it defied conventional categories. Instead of a traditional pale ale, there all of a sudden was American pale ale—a new, rowdy hybrid of the older beer, intense with hop flavor and aroma. American-style beer is shorthand for the kind of brewing done at Sierra Nevada—a reference to the use of a clean, crisp, and neutral yeast and a healthy dose of hops quite appropriate for the adventurer in us all. 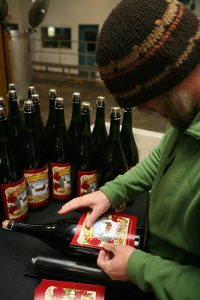 Bottle Conditioning
Bottle conditioning is the traditional technique of adding a measured dose of sugar and fresh brewer’s yeast into the bottle. This dosage creates a secondary fermentation that naturally carbonates the beer, but also leaves some residual yeast in the package that helps add shelf stability, as well as developing new and interesting flavors as the beer ages.