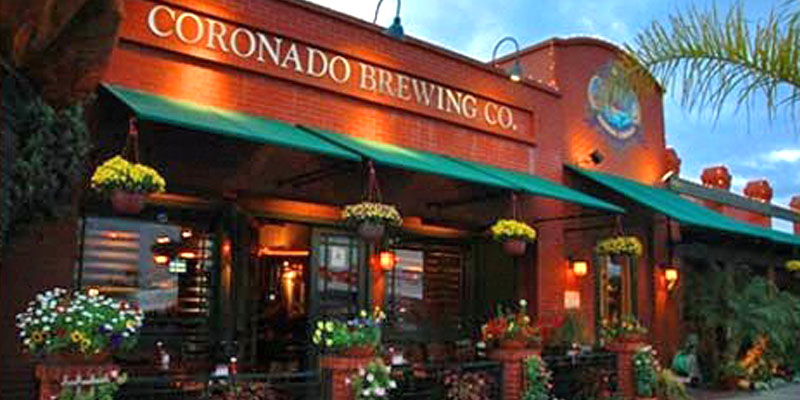 In 1996, brothers Ron and Rick Chapman realized a long-time dream and got ahead of the craft brew curve in a big way, opening a brewpub in the heart of their hometown of Coronado. Back then, craft beer was still a foreign term and San Diego County was home to a mere handful of breweries, most of which were struggling to find their identity. The Chapmans had no question about who they wanted to be. Their clear-cut mission was to celebrate their islander roots through the creation of exceptional beer. And with those noble ideals, Coronado Brewing Company was born.

By 2010, CBC was brewing about 5,000 barrels of beer per year, allowing them to expand their reach beyond California. Out-of-state accounts embraced core beers and new varieties like the citrus-laced Orange Avenue Wit and hop-hammered Idiot IPA to the point where, even after all the expansion, CBC still couldn’t produce enough beer to meet an ever-increasing demand.

That problem was solved in 2012, when CBC grew their empire, building a brand new 30-barrel brewhouse in a 22,000 square foot building on Knoxville St. in San Diego’s Tecolote Canyon area. The Knoxville production facility will eventually provide enough space for an overall annual capacity of 60,000 barrels, provided increased space for their expanded barrel-aging program and gave CBC fans on the mainland a tasting roomat which to wrap their palates around even more innovative beer styles.