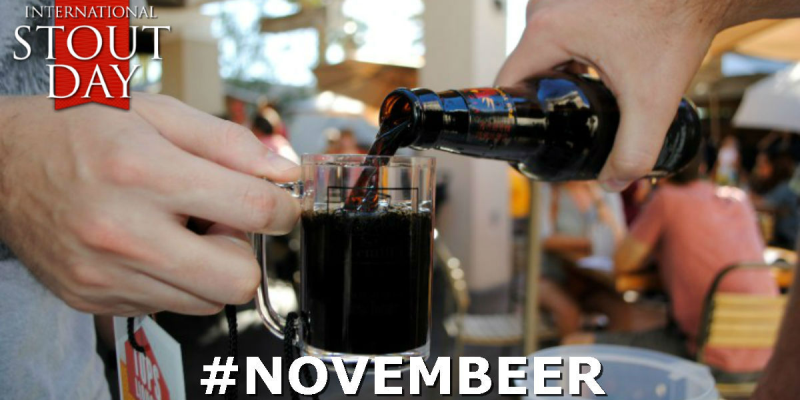 The 3rd Annual Celebration of Beer continues on Saturday, November 12, 2016 from 1pm to 5pm, at Arizona Center

Phoenix New Times is excited to offer a $10 off discount for general admission tickets for the 3rd annual NovemBEER Festival in honor of International Stout Day. The flash sale launches on Thursday, November 3 and is available on a limited amount  of tickets through  11:59pm  on Friday, November 4.

Attendees of this year’s festival are invited to celebrate their love for craft beer  by enjoying over 120 beer options at Arizona Center in downtown  Phoenix on November 12.

The festival will feature craft brews from over 50 breweries including:

General admission tickets are regularly priced at $25 and include entry into the festival at 1pm, 30 samples (2oz pours), a commemorative tasting mug, entertainment, and access to the vendor  village and food vendors. A limited number  of VIP admission tickets are available starting at $45 and include all general admission benefits plus an hour early entry into the event  at 12pm  with first access to limited beers, a VIP gift bag,  private lounge access, and an additional 10 samples (2oz pours).

Since its founding in 1970,  New Times has kept the Valley of the Sun’s feet to the fire. The paper began as an aggressive, irascible alternative to the stuffy mainstream media, which attacked “hippies” just as it now belittles millennials. And thanks to its early commitment to digital journalism, New Times draws more than 1 million monthly active users to its website, phoenixnewtimes.com. They’re  joined by more than 200,000 weekly print readers who consider the paper an unparalleled source of information and  insight, from politics and  business to music and the arts.

Along with its hard-hitting journalism, New Times produces some of Phoenix’s most popular live events. Its annual Best of Phoenix A’fare, tied to its popular annual “Best of Phoenix” issue, features cuisine from dozens of restaurants from all over the Valley, along with wine, cocktails, beer  and  entertainment. And at its annual NovemBEER Festival, nearly fifty local breweries serve up more than  100 beer  options.

The total package makes New Times a must-read for anyone interested in taking the temperature of the nation’s fifth-largest city.