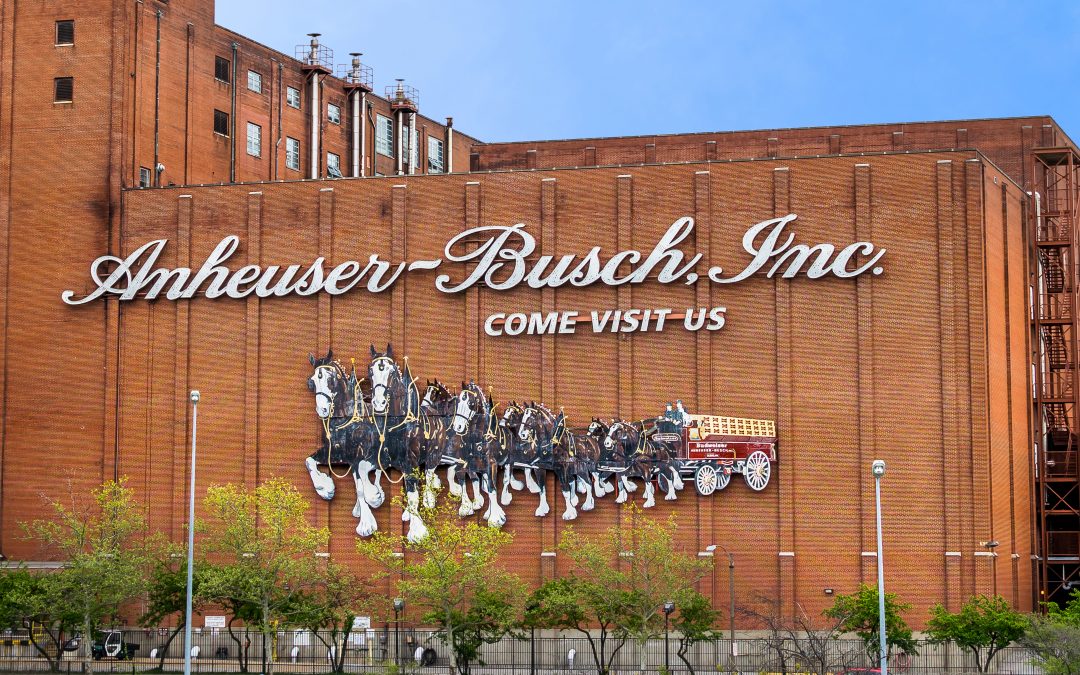 When Anheuser-Busch set the ambitious goal to brew their entire portfolio of domestic beers and seltzers using renewable energy, they gave themselves a deadline of 2025. They promised customers, stakeholders, policy leaders, and environmental advocates alike that by then, brewing would be completely powered by solar and wind energy.

But this past June, the company surprised everyone by announcing that they had achieved their goal – and they had done it four years early.

As of June 2021, the Anheuser-Busch Solar Farm in Texas is up and running. When the solar project officially came online, it marked the final step in the company’s work towards sourcing 100% of their purchased electricity from renewable sources.

Making such a significant shift in the brewing processes for full domestic portfolio was no small task, but the company’s leadership refused to be deterred. They embarked on a complex construction process to build and outfit the Anheuser-Busch Solar Farm in Pecos County, Texas. Working with industry leader Recurrent Energy, Anheuser-Busch began would is now the U.S. beverage industry’s largest-ever solar project. Hundreds of jobs were created and the farm was completed within two years.

As exciting as it has been for the company to successfully achieve such a significant goal, it’s not the first time that Anheuser-Busch has set their sights on serving as an example for eco-conscious business practices. The brand has also made ongoing investments in other sustainability efforts, including Oklahoma’s Budweiser Wind Farm and nearly a dozen renewable electricity installations at flagship breweries, craft partner breweries, and distributorships around the U.S.

All in all, nearly 440MW of renewable electricity capacity has been added to the grid. This equals more than all of the electricity used by the households in the entire city of St. Louis, MO, offsetting more carbon dioxide than is produced by 200,000 passenger vehicles every single year (950,000+ metric tons).

Not only does this monumental move represent an outstanding achievement for Anheuser-Busch, but it is also excellent progress for sustainability as a whole.

Paying it Forward to Celebrate a Milestone

When it became clear that the brand would be reaching its 2025 goal four years ahead of schedule, leaders at Anheuser-Busch began searching for an appropriately epic way to celebrate the achievement.

Most recently, the organization has worked tirelessly to support restaurants working to rebuild and recover after the height of the pandemic. More specifically, they support sustainability in the restaurant industry by providing certification and educational resources focused on environmentally-friendly business practices.

The donation from Anheuser-Busch has gone directly towards practical education and resources to help restaurants implement renewable electricity, improvements in energy efficiency, and other measures.

From dedicated environmentalists to everyday brew enthusiasts, just about anybody can appreciate the feel-good satisfaction of supporting an eco-conscious brand. Now that every domestic beer and seltzer from Anheuser-Busch is brewed with 100% renewable energy, fans of the brand have yet another reason to order another round.

Serve up sustainability – and delicious premium beers and hard seltzers – when you include Anheuser-Busch in your selection of high-quality beverages. For more information about Anheuser-Busch’s environmental efforts, or to stock your bar with their top-rated brands, contact our team today.