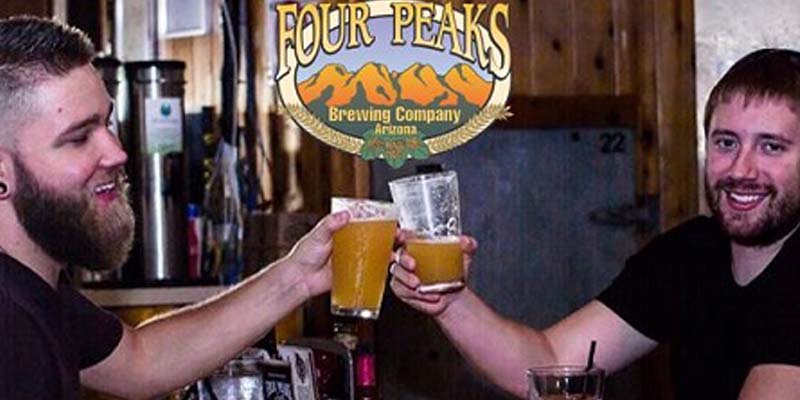 Four Peaks Brewing Company’s brand new brew, White Ale, will be available statewide from Hensley Beverage beginning Tuesday, July 14. It’s not a Seasonal. It’s not a Single Tank.  It’s not a Specialty beer. It’s the first new mainstay beer from Four Peaks in over six years since the release of Sunbru. Be a part of Four Peaks history and experience the newest addition to Four Peaks’ all-star mainstay lineup, already tapped in-house at the original Four Peaks in Tempe and Four Peaks Grill & Tap in Scottsdale; and now coming to a retailer near you.

In a nod to local culture, the brewers at Four Peaks have added some iconic local ingredients to this Belgian inspired witbier, or White Ale. Traditional white ales call for a healthy dose of dried orange peel and nothing says Arizona like the abundant, locally grown citrus from Greenfield Citrus that is used in this beer. White ales also call for a portion of un-malted wheat, so the Four Peaks brewing team tapped their friend and neighbor, Hayden Flour Mills, and procured some Arizona-grown Sonoran White Wheat to fit the bill. Together with coriander and our proprietary yeast, Four Peaks Brewing Company feels they’ve created a great local twist on a true classic, and we certainly agree. The Arizona White Ale weighs in at 5.4% ABV and 10 IBUs.

Connect with us on social media and check back at FourPeaks.com for more on the White Ale rollout. Shareyour experience online by using #WhiteAle. Cheers!