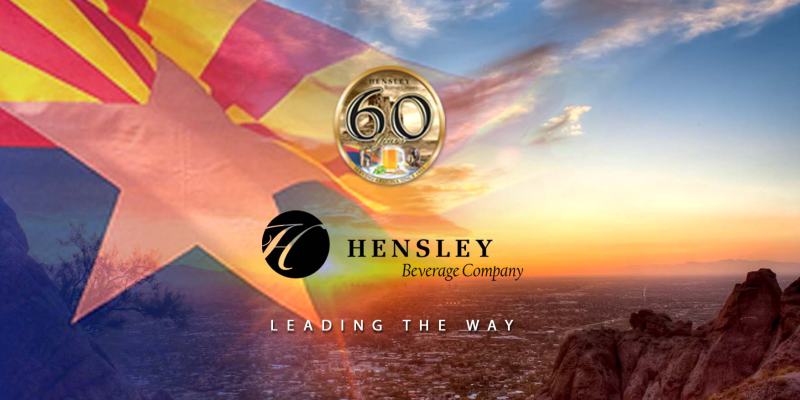 (Phoenix, AZ) – Hensley Beverage Company, founded in 1955 and currently Arizona’s largest beer distributor, is pleased to announce the acquisition of Golden Eagle Distributors – a Tucson based beer distributor, along with its subsidiary, Spike Beverage Company – a distributor of non-alcohol products. The official transfer of ownership is scheduled to take place in the latter part of the first quarter of 2016 and is subject to standard approvals.  Hensley Beverage and Golden Eagle are both multi-generational, family-owned, local Arizona companies that collectively distribute Anheuser-Busch InBev (ABI) beers, top selling local and regional craft beers, premium non-alcohol beverages, and an extensive assortment of award winning fine wines and spirits.

Hensley Beverage Company will expand its sales and service of Anheuser-Busch InBev beverages across nearly all of Arizona through its retail customer base of 8,000 accounts and will become one of the largest beer distributors in the United States. ABI brands distributed include popular market share leaders Bud Light, Budweiser, Michelob Ultra, Goose Island and top selling imports such as Stella Artois. Hensley Beverage Company’s chairwoman is Cindy Hensley McCain who has served as Chairwoman and majority owner since the passing of her father and the company’s founder, James W. Hensley, in 2000. Ginny Clements serves as Golden Eagle’s chairwoman, and Christopher Clements and Kimberly Clements lead the company as chief executive officer and president, respectively.

According to Hensley’s president and ceo, Robert Delgado, “Golden Eagle is a fine organization with deep Arizona roots that go back generations.  They share many of our ideals; employee focused, emphasis on sales and service, and a commitment to support the communities we serve are among those shared attributes.  This is the kind of opportunity that does not come along often.  Scale is important in today’s distribution world, so the scale and resulting efficiencies that this transaction provides will enable us to support our incredible portfolio at an even higher level.”

“The purchase of Golden Eagle is a significant milestone in Hensley’s 60 year history of doing business in Arizona. We anticipate a smooth transition as we begin to convert all of Golden Eagle’s expansive territory to Hensley Beverage Company’s. We are bullish on the future prospects for our great state, and look forward to continuing our contribution in helping to perpetuate Arizona’s legacy of growth”, said Andy McCain, Hensley’s COO and CFO.

Hensley Beverage Company is also committed to the communities it serves and is known for its quiet but substantial philanthropy and volunteerism. The company support extends to hundreds of organizations in the areas of education, arts & culture, health and human services, and the promotion of diversity.  Their executives and senior leaders have served in multiple leadership positions among local nonprofits.  In addition, a comprehensive corporate social responsibility program is implemented annually by Hensley Beverage Company and Anheuser-Busch InBev to promote the moderate use of beverage alcohol and to stop underage, illegal consumption.

Building partnerships one case at a time. . . with service, integrity and quality products.