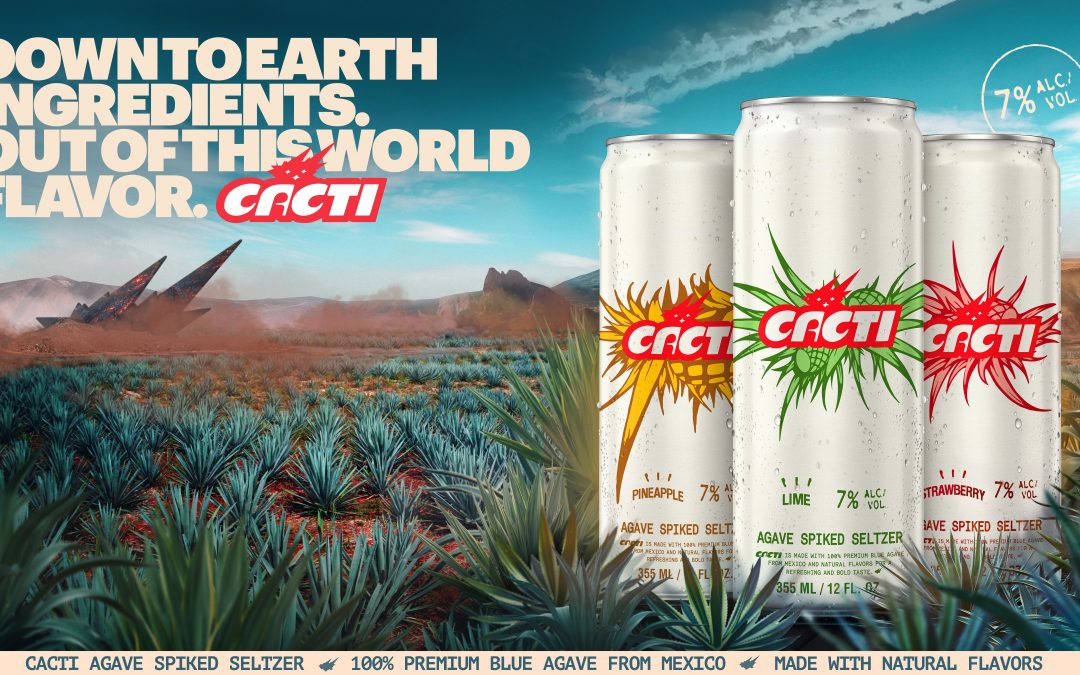 Travis Scott has plenty of titles under his belt: multi-platinum recording artist, producer, songwriter, fashion icon, and culturally creative. And now, he can add “beverage innovator, founder, and creator” to his list with the debut of his new brand, CACTI.

CACTI is his latest of many highly-anticipated collaborative projects, this time pairing him with industry giant Anheuser-Busch to create a series of spiked seltzers to represent his hugely popular personal brand. Inspired by Scott’s appreciation of tequila, CACTI Agave Spiked Seltzer cements his status as a tastemaker and trendsetter.

The Latest Celebrity Collaboration Brewing Up Plenty of Buzz

If there’s one thing that the announcement of CACTI Agave Spiked Seltzer made clear, it’s that Travis Scott has definitely established himself as one to watch in pop culture and beyond. Almost immediately after news broke of his partnership with Anheuser-Busch, the excitement began building both in his fan base and in the industry at large.

Scott has partnered with the likes of McDonald’s, Nike, Fortnite, and many other household names, proving every time that he has what it takes to propel a collaboration to succeed. From the beginning, Scott was deeply involved at every phase of the project. From formulating the flavors and selecting ingredients to design packaging and marketing, he has been a force to be reckoned with. And of course, when that’s combined with the powerhouse brand that is Anheuser-Busch, the result is bound to be outstanding.

A Bold, Thirst-Quenching Beverage Made with Quality Ingredients

There are plenty of spiked seltzers out there, so crafting one that stands out from the crowd requires a certain level of innovation. The CACTI Agave Spiked Seltzer was made with Scott’s sky-high standards in mind, using 100% premium blue agave sourced from Mexico and all-natural fruit flavors.

The goal was to create bolder flavor profiles while staying true to popular favorites: lime, pineapple, and strawberry. With just a hint of lime juice to add an element of crisp citrus, all three flavor options have an exceptionally wide appeal – but offer the distinct benefit of a bigger, bolder taste. The CACTI Agave Spiked Seltzer has a 7% ABV and is offered in both 12-ounce cans (available as a 9-count flavor variety pack) and 16-ounce and 25-ounce singles (Lime and Pineapple flavors).

Brewed in Los Angeles, California, the spiked seltzers have just been released and the timing couldn’t be more perfect: what better time to enjoy an ice-cold, refreshing spiked seltzer than in the warmer weather of spring and summer? Designed to fit right in at backyard barbecues, poolside hangouts, patio dining setups, and outdoor events alike, CACTI is going to be the drink in everyone’s hand this year.

Already, Travis Scott has driven plenty of interest in the products via social media posts, sharing videos of him touring the factory, sampling flavors, and being a part of the project as a whole. Between the colorful, eye-catching can designs to the inevitable excitement surrounding a celebrity product release for a star of Scott’s caliber, the CACTI seltzers are expected to sell at a fast and furious pace.

Amp Up Your Beverage Selection with CACTI Agave Spiked Seltzer

CACTI’s marketing campaign sums it up flawlessly: “DOWN TO EARTH INGREDIENTS. OUT OF THIS WORLD FLAVOR.” For seltzer enthusiasts, fans of Travis Scott, and new-to-category consumers alike, CACTI Agave Spiked Seltzer is sure to be a hit.

Don’t miss your chance to add CACTI to your beverage lineup today!