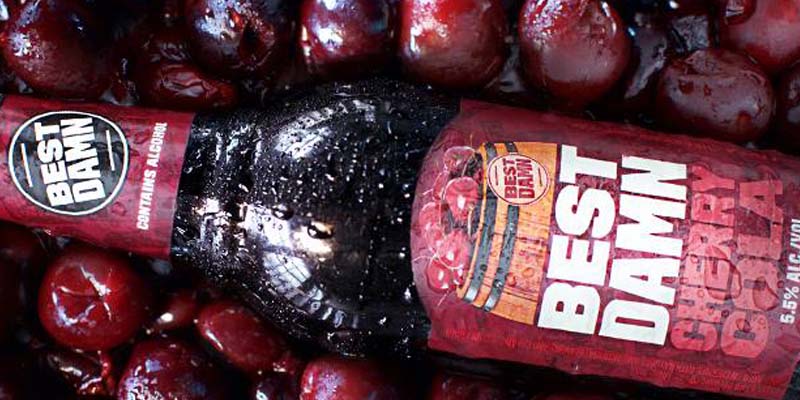 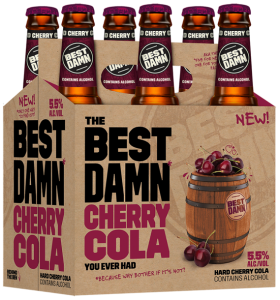 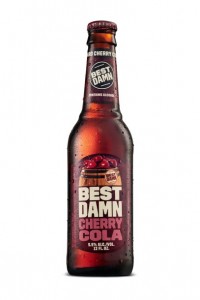 “Best Damn Cherry Cola continues to build our portfolio of bold, approachable and down-to-earth beers,” said Rashmi Patel, vice president, share of throat, Anheuser-Busch. “We named our Cherry Cola mission, ‘Put a Cherry on Tap,’ and our brewmasters have outdone themselves with this new brew: a delicious combination of cherry, caramel and cola notes.”

Best Damn Cherry Cola will be available at bars, clubs and restaurants, as well as grocery and liquor stores across the U.S. in six-packs of bottles, 16-oz. cans, and on draught. The brew will be supported by a national media and digital campaign and an experiential activation at the SXSW Interactive Festival, where attendees will be among the first in the country to taste Best Damn Cherry Cola. To learn more about Best Damn Brewing Co.’s variety of beers and hard sodas, fans are encouraged to visit BestDamn.com and follow @BestDamnBrewing on Twitter and Instagram.

For more than 160 years, Anheuser-Busch and its world-class brewmasters have carried on a legacy of brewing America’s most-popular beers. Starting with the finest ingredients sourced from Anheuser-Busch’s family of growers, every batch is crafted using the same exacting standards and time-honored traditions passed down through generations of proud Anheuser-Busch brewmasters and employees. Best known for its fine American-style lagers, Budweiser and Bud Light, the company’s beers lead numerous beer segments. Budweiser and Bud Light Lime Lime-A-Rita were named Brands of the Year for the Beer and the Spirits, Malt Beverages and Wine categories, respectively, by Ace Metrix® in 2014. Anheuser-Busch is the U.S. arm of Anheuser-Busch InBev and operates 17 local breweries, 21 distributorships and 23 agricultural and packaging facilities across the United States. The company committed to investing more than $1.5 billion in its U.S. brewing, agriculture, packaging and distributing operations by 2018. Its flagship brewery remains in St. Louis, Mo., and is among the global company’s largest and most technologically-capable breweries. Visitor and special beermaster tours are available at its St. Louis and five other Anheuser-Busch breweries. For more information, visit www.anheuser-busch.com.