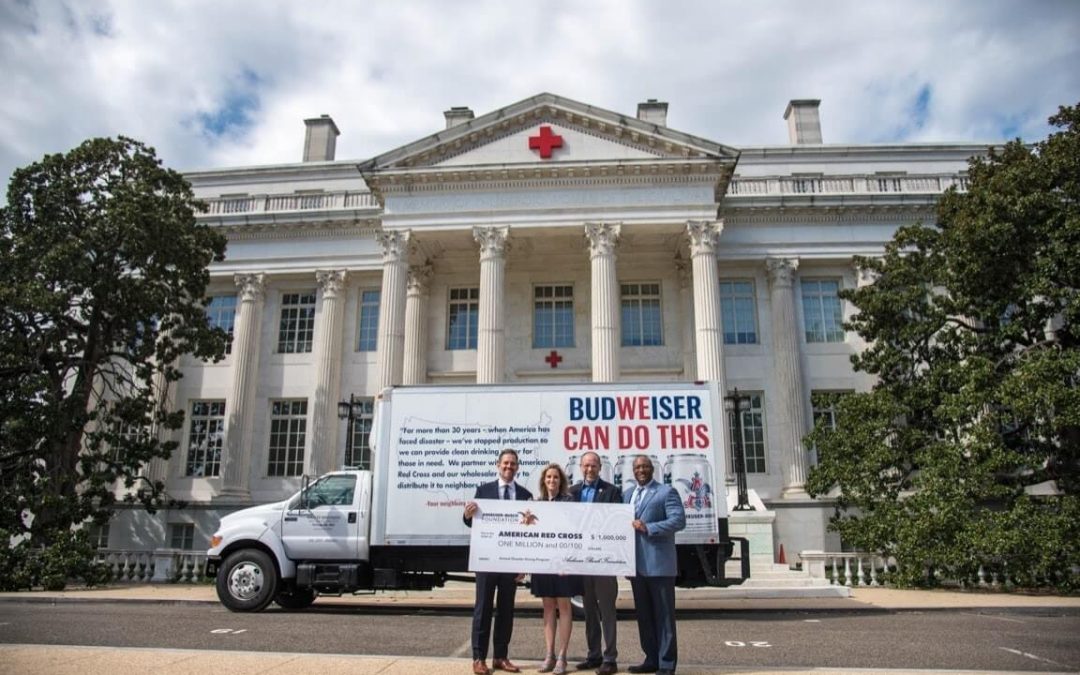 When you think of emergency preparedness, beer probably isn’t the first thing that comes to mind. But as it turns out, one of the biggest names in beer has stepped up to help Americans prepare for the unexpected: Anheuser-Busch.

Putting the Spotlight on Pet Safety and Preparedness

All too often, people don’t realize that their emergency preparedness plans should include a plan for their pets as well. And unfortunately, when disaster strikes, pets are often left desperately in need of help.

Anheuser-Busch has marked National Preparedness Month by making a $200,000 donation to American Humane, providing support for nationwide pet-focused relief efforts and emergency preparedness. When a crisis occurs, American Humane deploys resources to allow stranded, injured, and lost animals to be cared for and comforted in their time of need. The organization was founded during World War I, and has been on the front lines of virtually every disaster in American history: Pearl Harbor, 9/11, Hurricane Katrina, the California wildfires, and many others.

Beyond supporting on-the-ground efforts, the beverage powerhouse also wanted to find a way to empower pet owners to take proactive measures to protect their furry (or feathered, finned, and scaly) family members. So, they have worked with American Humane to use their social media platforms to share disaster preparedness resources for pets.

The “Prepare for Your Pets” resources provide practical tips designed to educate pet owners on how to prepare for natural disaster or other crises. Some of the useful information provided includes:

Ultimately, the hope is that the resources shared during National Preparedness Month will help save the lives of many pets and their owners.

A New Page in a Storied History of Community Service

For years, Anheuser-Busch has worked alongside the American Red Cross to facilitate disaster relief efforts across the United States.

In addition to this program, Anheuser-Busch also continues to make financial contributions to the American Red Cross’s Annual Disaster Giving Program, in order to fund other immediate aid efforts.

Learn More about Anheuser-Busch’s Commitment to the Community

If you’re interested in getting more information about the ways in which Anheuser-Busch strives to make a positive impact on a national scale, or would like details about how you can support their charitable efforts, please contact our team today.