The History of Pivo According to Pilsner 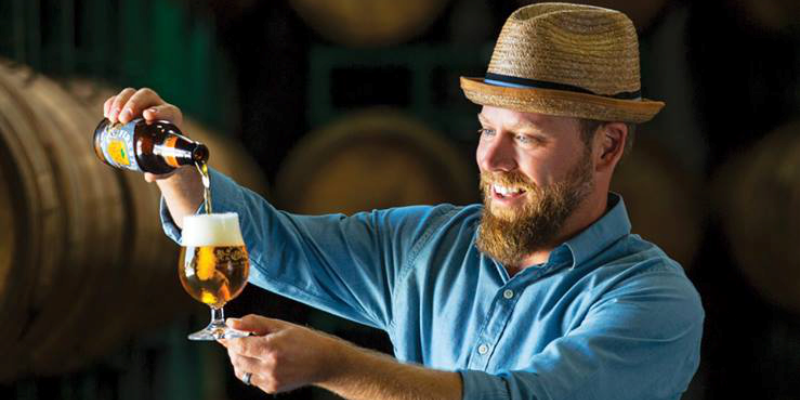 When Firestone Walker Brewing Company launched its Pivo hoppy pilsner in 2013, the market for domestic craft pilsner was uncertain and largely uncharted.

Now, two short years later, Pivo is blowing up and domestic pilsner appears on the verge of a renaissance.

“Domestic pilsner is no longer a joke,” said Brewmaster Brynildson said. “Craft brewers are taking American-brewed pilsner away from its industrial image and back to its stylistic roots.”

Brynildson noted that American-brewed pilsner began as something authentic, with immigrants moving to the United States and making pilsner beer as a familiar taste of the motherland.

“They made these beers for Germans living in the Midwest,” he said. “The style caught on as a national trend, but the beer just got dumbed down over time. There’s a rich heritage for pilsners not only in Europe, but here in America, so there’s plenty of ground to recapture.”

In other words, to quote famed beer authority Garrett Oliver, “Pilsner, the world’s most popular style of beer, was invented in Czech Bohemia, perfected in Germany, and turned into flavorless mass-market fizz in America.”

Pivo was conceived as a classic Pilsner made in the German style but also with Czech and Italian influences—the brewing equivalent of going out on a limb.

“Back when we were first brewing Pivo, there were only a few American breweries at the time, like Trumer and Victory, who were producing a true pilsner on any sort of scale,” Brynildson said. “We were confident in the quality of Pivo, but we still had to wonder how much of a market there was for a beer like this.”

That question has since been answered. Demand for Pivo exceeded expectations from the start, and now, two years later, sales are still growing at a 45 percent clip.

“We can barely keep up with demand,” Brynildson said. “It’s not just a testament to Pivo, but also to the larger fact that craft beer drinkers are starting to rally around the pilsner style.”

Brynildson attributes this trend to the maturation of the collective craft beer palate.

“When a lot of people first get into craft beer, they gravitate toward the biggest flavors and go searching for the gnarliest triple IPA they can find. Over time, however, they find themselves search for something more balanced and drinkable and sessionable, and a true pilsner checks all of those marks.”

This year, Pivo is being offered in cans for the first time—one more small step toward changing the perception of canned American pilsner. “Cans are just a perfect vessel for a beer like this,” Brynildson said.

To mark this somewhat ironic occasion, Firestone Walker developed a visual timeline called “The History of Pivo According to Pilsner- 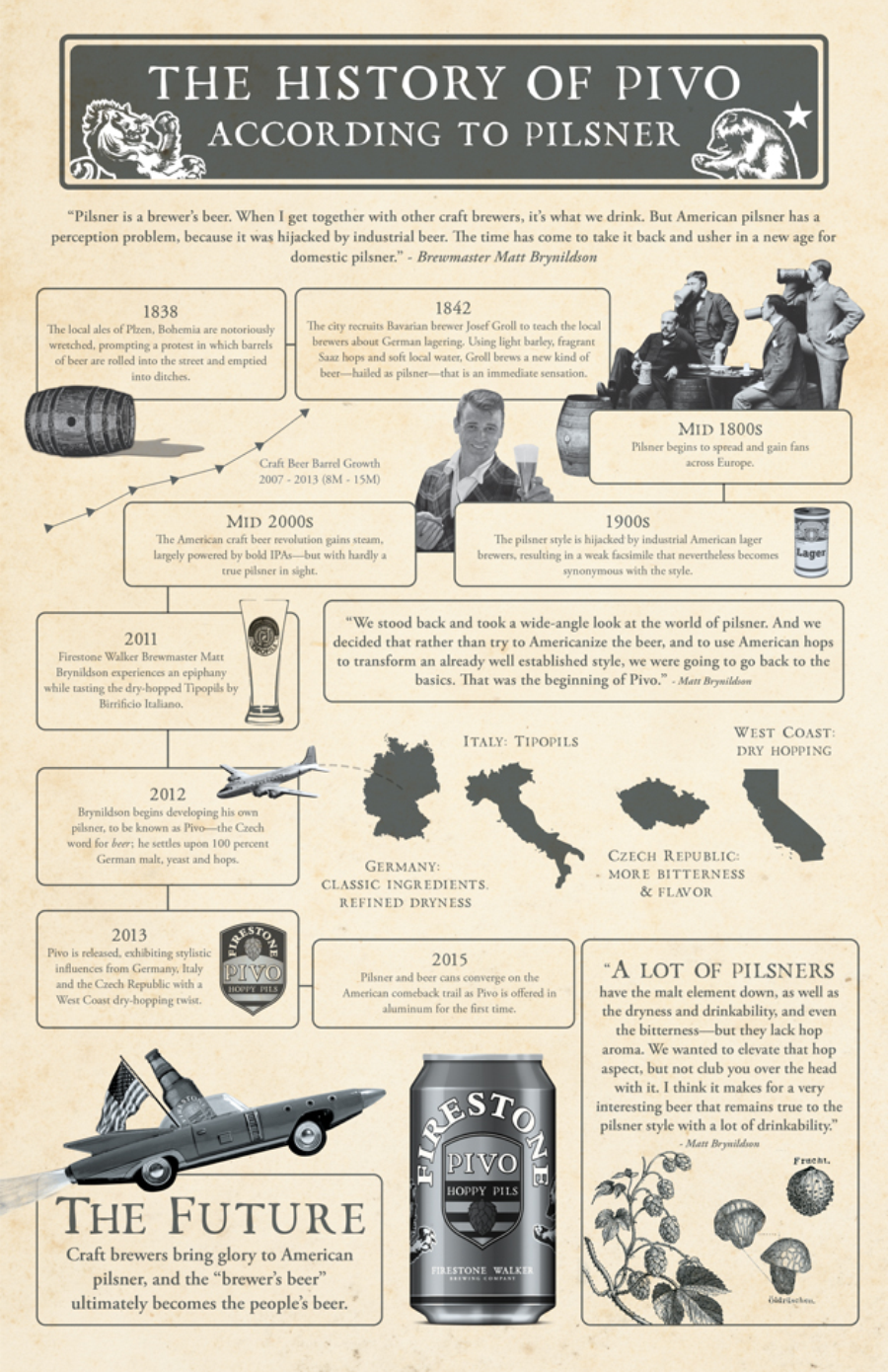