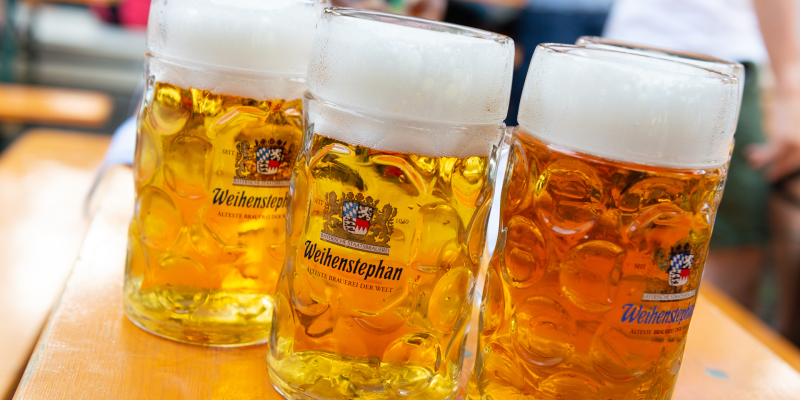 Beers from “The World´s Oldest Brewery“

– A Glance behind the Scenes at the Bavarian State Brewery Weihenstephan

High up on the hill, the “Weihenstephaner Berg” it towers: the Bavarian State Brewery Weihenstephan. As the oldest still existing brewery in the world, it is also the oldest company in Germany and is hence, so to say, the “mother” of all German companies. But what is the brewery´s secret – a brewery that has survived almost 1000 years of world history and is still economically successful?

Weihenstephan is considered the “Mecca of Beer”. And for good reasons: the brewery has placed paramount importance on nurturing tried and tested traditions and has at the same time always been able to redefine itself. In keeping with the Bavarian Purity Law, it has always striven to achieve the highest standards of quality possible. The brewery´s close cooperation with the comparatively new Weihenstephan scientific center of the Technical University of Munich has been integral in shaping the strong, innovative character of the brewery. Together, centuries of experience combined with state-of-the-art scientific knowledge give the brewery its unique identity and the Weihenstephan beers their premium quality. And this explains why – contrary to the declining trend in beer consumption – the State Brewery is experiencing increasing demand for the Weihenstephan beer specialties.

If you would like to learn more, please visit: Weihenstephan