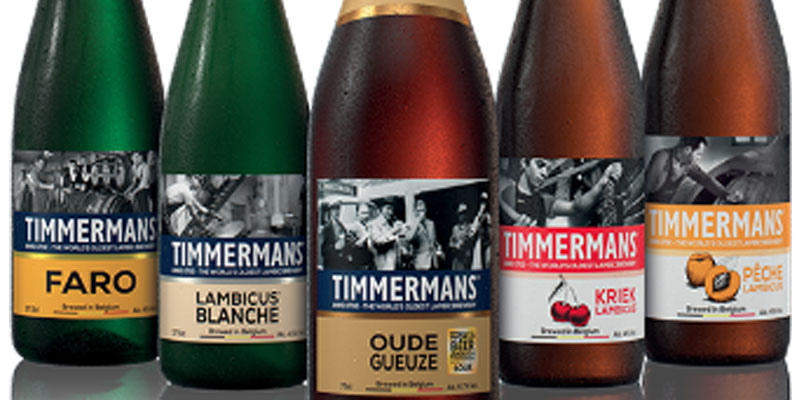 Timmermans is the world’s oldest lambic Brewery and has been keeping the tradition of true lambic alive for over 300 years. True lambic is brewed within a 9-mile radius of Brussels due the miraculous microbes in the air which enter the wort and cause spontaneous fermentation. Timmermans has continued the family tradition of brewing beers a few miles from the heart of Brussels since 1702. Today Timmermans offers a variety of refreshing and fruity beers which marry modern taste trends with tradition and originality.

Timmermans Faro mellows the acidity of traditional lambic with the addition of candy sugar and water. Faro has been popular in the Brussels area since the 19th century and is still brewed using the traditional methods and recipes. This sweet amber colored beer has a refreshing and light flavor and a ABV of 4%.

Timmermans Kriek Retro is a Kriek of long standing tradition. With a strong old lambic flavor smoothed by its fruitiness, this beer is bitter with a slight sweetness. Kriek Retro contains a lower percentage of cherry juice compared to the Timmermans Kriek Lambicus.