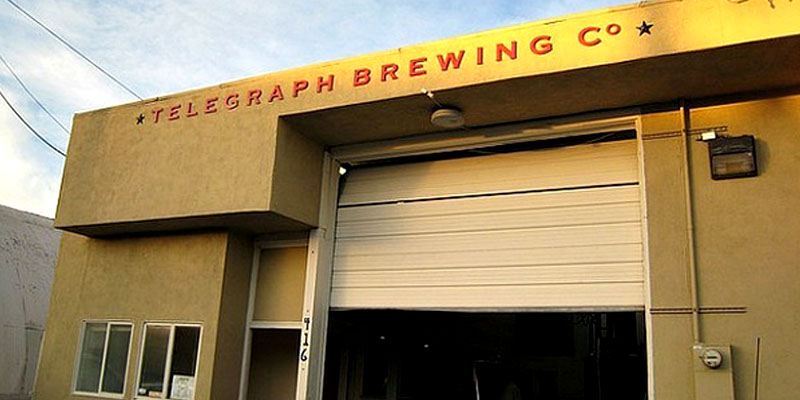 Santa Barbara, CA· November 19, 2013 – Telegraph Brewing Company announced today that their award winning beers are now available in Arizona through Hensley Beverage Company. “Arizona is where I grew up,” said founder and CEO Brian Thompson, “Seeing our bottles on the shelves here means a lot to me, and we are very excited by this expansion.”

Telegraph is shipping both draft and bottled beers to the Grand Canyon State, including allocations of limited-release and seasonal beers in addition to their core, year-round beers like California Ale and White Ale. “All of our limited-release beers are, really and truly, limited in quantity, but we don’t want to ignore the demand in Arizona for beers like our Reserve Wheat Ale, a sour Berlin-style wheat beer, and Rhinoceros, a rye-based barley wine-style ale,” said Telegraph sales manager Trevor Scoggins. “We don’t want to be one of those breweries that hoards all the hard-to-get beers for ourselves!” he added.

Hensley Beverage Company’s director of craft brands, Scott Kirkpatrick, said, “We couldn’t be happier to have added Telegraph to our craft portfolio. Telegraph makes great craft beers like their California Ale and White Ale that anyone can enjoy. They complement those with an amazing line of limited and special-release beers. We are going to have a lot of fun with this addition!” Telegraph’s beers are available in both half-barrel (15.5-gallon) and sixth-barrel (5.2-gallon) kegs, and in 750-ml cork-and-cage bottles.

With several roll-out celebrations planned in the coming week, and events already in the works for next February’s Arizona Beer Week, Telegraph is working hard to become a part of the exploding Arizona craft-beer scene. “Beer drinkers in Arizona have fantastic access to locally brewed beers and to a plethora of craft beers from all over the country,” Thompson explained. “We want to be an integral participant in this vibrant market.”

Telegraph Brewing, an award-winning craft brewery located  on downtown Santa Barbara’s Salsipuedes Street, specializes in brewing uniquely American and Belgian-inspired beers using 100% domestic ingredients and as many local ingredients as possible. The brewery strives to reflect in its beers the unique culinary and agricultural traditions of Santa Barbara and California’s Central Coast.