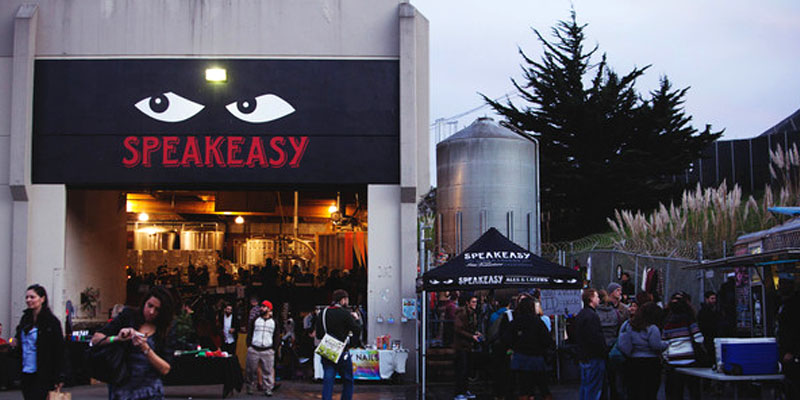 In a typically foggy San Francisco summer in 1997, Forest Gray and his cadre of bootleggers were inspired to bring their unique and exceptional beers from the underground to the masses.

From the brewery’s humble beginnings delivering hand-filled kegs out of the back of a van, the company now boasts more than 30 distributors across the West Coast and major metropolitan markets across the country.

Starting with a single, iconic beer that immortalized the spirit of those who persevered when America’s taps ran dry – a bold, hoppy amber ale known as Prohibition Ale – Speakeasy now brews a wide array of acclaimed beers from sessionable pale ales to bourbon barrel-aged imperial stouts.

2011 ushered in a new era in the brewery’s history–with the launch of many exciting new beers, the opening of The Speakeasy Tap Room, a stunning package redesign and a major facilities expansion, Speakeasy Ales & Lagers is poised to elevate the brand to national awareness.

From only four employees at the start to almost 40 now, Speakeasy has grown by leaps and bounds, yet still produce many of their beers on the original hand-cranked, steam-fired brewhouse that started it all.

The brewery’s trademark eyes–ubiquitous and cryptic–beckon you to join the Speakeasy revolution: no password required.