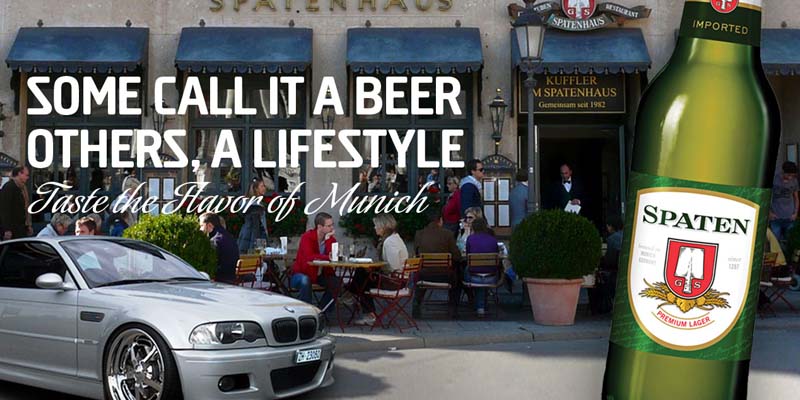 Taste the flavor of Munich with Spaten’s premium brand of bottom fermented Munchner Lager with a supremely well balanced hop flavor. Spaten has been a leading exporter of German beer for more than a century. In fact, they played a crucial role in establishing the present superior worldwide reputation for German beer. The basis of their continuously expanding export figures was a healthy pioneering spirit that led them to set up a network of committed import partners at an early date. Today people all over the world take pleasure in drinking original Spaten beers, not only in the neighboring states of France, Austria and Switzerland, but also in Italy, Spain, Scandinavia and the United States. Spaten has made history. After all, its 600-year tradition makes it the oldest existing brewery in Munich and one of the oldest in Germany.