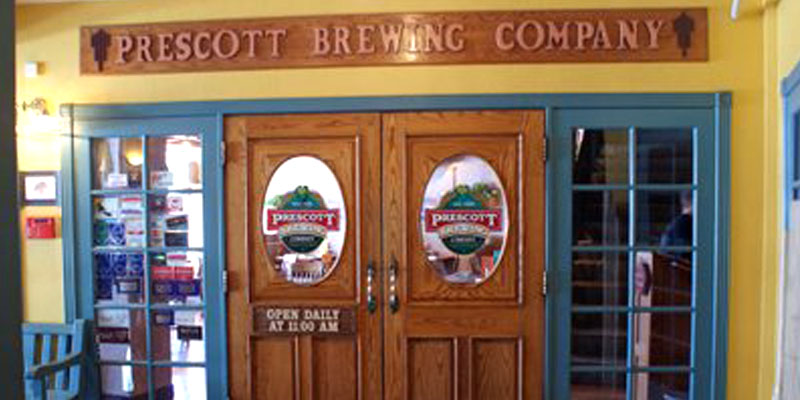 Established in 1994, Prescott Brewing Company has garnered national and international awards for its handcrafted beers and produces over 40 styles throughout the year. From an intense Ponderosa IPA to the Lodgepole Light Cream Ale- they’ve got something to please every beer lover. Prescott Brewing Company has been continuously voted in the Top Ten Microbreweries in Arizona by Ranking Arizona Magazine since 2000, having earned the top #1 spot twice.

Located in downtown Prescott, Arizona, Prescott Brewing Company recently built an additional microbrewery production plant in 2011, following the introduction of Liquid Amber Ale and Ponderosa IPA in cans. Prescott Brewing Company celebrated its 20th anniversary in 2014, and continues to offer a casual, fun and friendly brew pub style atmosphere in both their brewery and their beer.