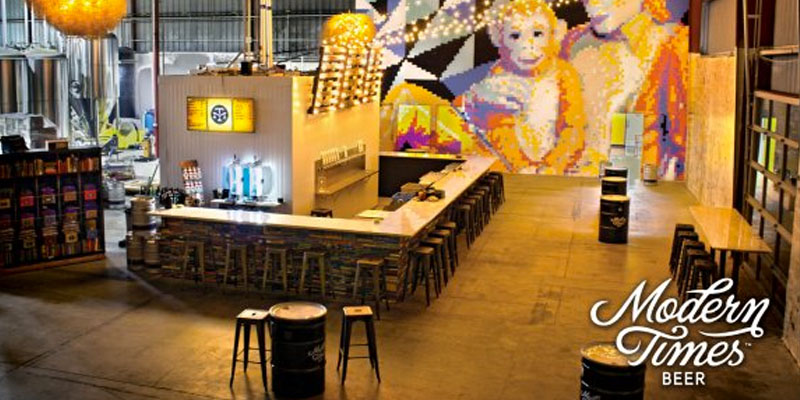 Fortunate Islands combines the mildly nutty malt body of a wheat beer with the intensely bright, citrusy hoppiness of a righteous IPA. Black House has the full-body, robust chocolatey flavor, and intense coffee aroma of its imperial counterparts, but packed into a 5.8% ABV package. Blazing World combines the subtly fruity qualities of a dry amber ale with the enormous hop-profile of an über-dank double IPA.

Lomaland, our flagship saison, isn’t so much a hybrid, as a return to origin—a quenching, sessionable, farmhouse libation. Sporting a mixed grain bill and fermented with a blend of Belgian yeast strains, Lomaland offers the complexity and nuance of the most traditional examples of the style. We like to think that it’s so traditional, it’s avant-garde.

We also brew loads of special release and one-offs batches, allowing us to pursue our various whims. We have a tank dedicated to beers fermented with Brettanomyces—an alternative yeast strain capable of producing wildly distinct flavors—and our sour programs is just getting off the ground.

Our tasting room is where we test different concepts, from variations on our core beers to experimental pilot batches. We hope to release some our more successful experiments in cans and bottles in the coming years.