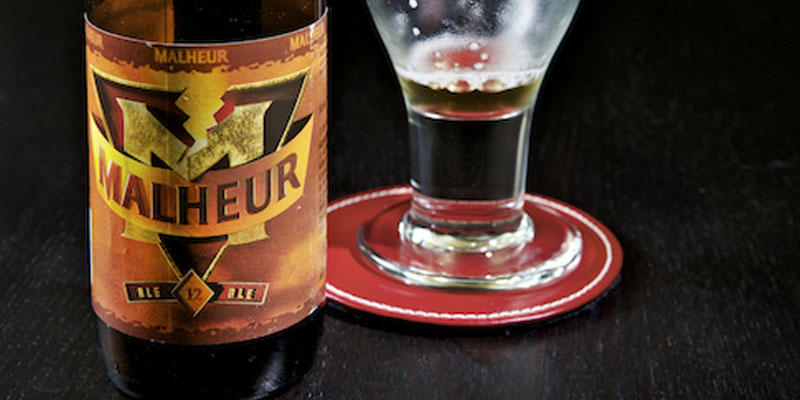 Malheur is an independent family brewery which has a rich history dating back to the late 18th century. Throughout the centuries, Malheur has held many different names, but to this day remains true to the founding family’s brewing traditions.

Malheur traditional fermented beers come in blonde and brown varieties and are conditioned in the bottle and cask which yields a flavor evolution and a positive aging process. Malheur’s blonde beers are brewed according to the old traditional method with barley, hops, and yeast, while Malheur’s brown beers are brewed with hops and spices following old Flemish traditions

In Malheur’s family of traditionally fermented beers there are 4 varieties: 6°, 8°, 10°, and 12°. The golden blond Malheur 6° is a slightly bitter Belgian ale with a soft fruity and malty medium dry finish and a ABV of 6%. Malheur 8° is a golden blond lager with a subtle hoppy flavor and hints of spices and citrus with an 8% ABV. Malheur 10° is a full-bodied golden beer with a rich honey-like texture and hoppy-dry aftertaste packing an ABV of 10%. Malheur 12° has a ABV of 12% and is characterized by its deep chestnut color, rich hop flowers, and full-bodied flavor.

Malheur Brut beers are sparkling beers which use yeast similar to champagne yeast giving the beer the feel, carbonation, and color which come as close to champagne as a beer can get. Malheur Bière Brut is a refined sparkling beer with notes of peach, rose, apricot, vanilla, orange, and lemon with a dry aftertaste and an ABV of 11%. Malheur Dark Brut has a 12% ABV and a slight coffee flavor stemming from the roasted malt it is brewed with. Malheur Dark Brut balances bitterness with tannin of wood and a dash of sweetness.