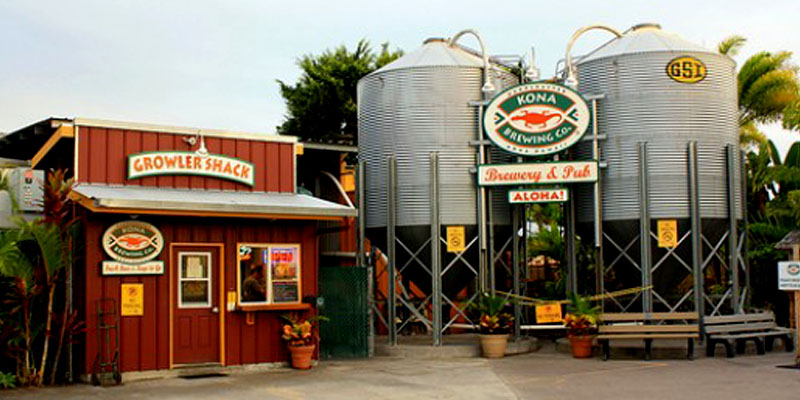 Kona Brewing Company was started by father and son team Cameron Healy and Spoon Khalsa. The pair had a dream to create fresh, local island brews made with spirit, passion and quality. Their love of Hawaii, and a desire to protect the pristine environment here, brought them to the Big Island to fulfill their vision. Kona Brewing continues to be headquartered right where it began, in Kailua-Kona on Hawaii’s Big Island.

Kona Brewing Company introduced Pacific Golden Ale (now called Big Wave Golden Ale) and Fire Rock Pale Ale to Hawaii in bottles and kegs on February 14, 1995. Longboard Island Lager was added three years later. Approximately 10 other styles of beer are brewed on a regular basis and served at Kona Brewing Company’s pubs with a select few being served at some finer restaurants and markets. These range in color from very blonde to black; in flavor from tangy to hoppy to roasty… and everything in between. Today the three flagship beers are widely distributed throughout Hawaii, making Kona the top selling craft beer in the islands. Longboard Island Lager, Big Wave Golden Ale, Fire Rock Pale Ale and our three Aloha Series beers Koko Brown, Pipeline Porter and Wailua Wheat are distributed in 36 states throughout the United States and 9 countries abroad.