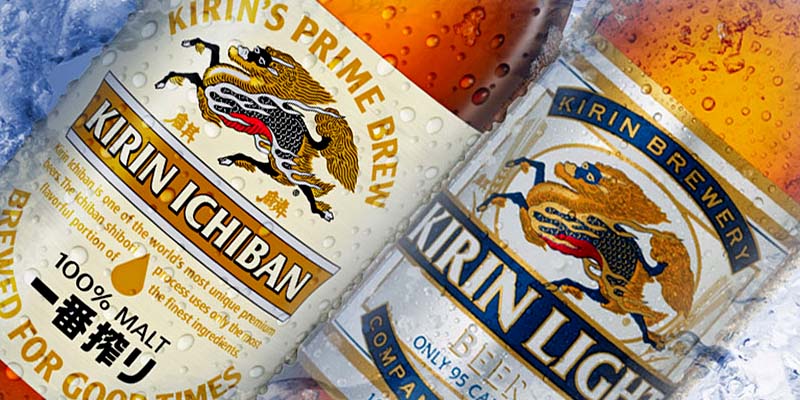 Kirin Brewery Company, Ltd., headquartered in Tokyo, is one of Japan’s most prominent and respected breweries, and among the top ten brewers in the world*.  Its history dates back to 1888 and in that time, the name Kirin has become synonymous in Japan and around the world with beer of the highest quality.

Kirin refers to a mythic beast from ancient Chinese mythology: one-half dragon, the other deer. According to legend, this amazing animal refuses to step on living plants and will not eat living things. Considered a harbinger of auspicious events, a Kirin is said to have appeared at the bedside of the mother of Confucius as she was about to give birth to her son. As a symbol of well-being and good fortune, the Kirin was an ideal choice for the label of Kirin Beer.