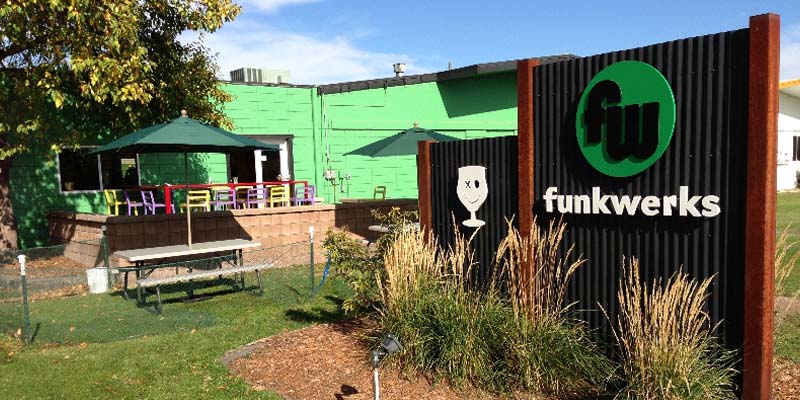 Funkwerks is a Saison-focused brewery that opened December 9, 2010. Funkwerks’ flagship Saison, Tropic King, Deceit and Raspberry Provincial are produced year round. Also brewed annually are three seasonals, a number of experimental batches, and select barrel-aged releases. Funkwerks flagship Saison was awarded a gold medal at the 2012 Great American Beer Festival (GABF) and a silver medal in 2011. Deceit, a Belgian-Style golden strong ale, was also awarded a gold medal at the GABF in 2012 and a Silver at the World Beer Cup in 2014. In addition to receiving two gold medals in 2012, the GABF named Funkwerks the 2012 Small Brewing Company of the Year. The latest gold medal was awarded to Raspberry Provincial at the 2014 Great American Beer Festival.