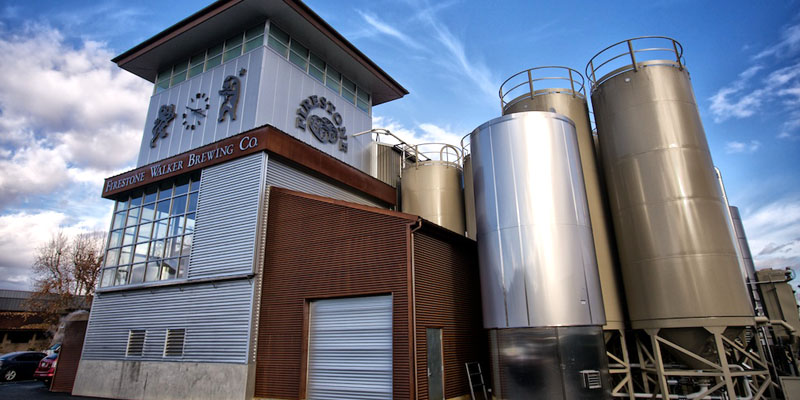 It began with a couple of brother-in-laws sitting around debating the subject of good beer-their search led them to brew their own. They believed 60-gallon oak barrels were the appropriate vehicle in which to create the perfect elixir. In 1996 their unlikely system of linked barrels began to produce rich and complex ales. Today, Firestone Walker Brewing Company is known for making exceptional pale ales and the awards they have garnered are proof of their brew team’s hard work and skill.

Firestone Walker Brewing Company continues to grow as the palates of Americans migrate to craft beer. The Firestone Walker brew staff has picked up “Mid Size Brewery of the Year” at the World Beer Cup- an unmatched four times.