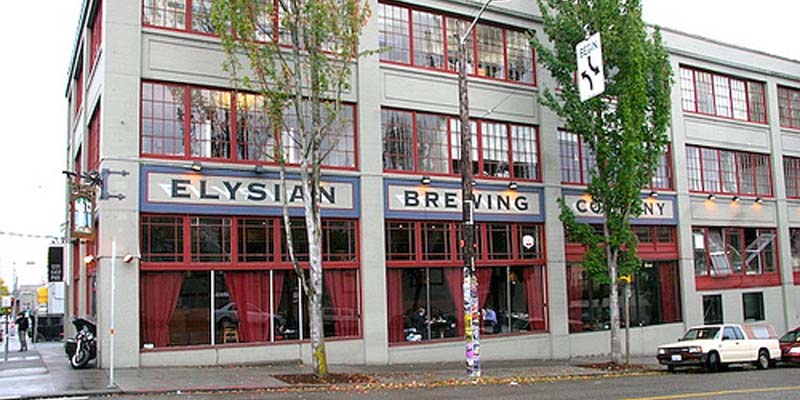 The Elysian was founded in 1995 by principals Dick Cantwell, Joe Bisacca and David Buhler. Our first Seattle location, a 220-seat beer hall and our main brewery, opened in 1996 on Capitol Hill, Seattle’s most populous neighborhood. In 1997 Elysian was chosen to operate a pub and small brewery at Gameworks—a large entertainment complex owned by Universal Studios, Dreamworks & Sega. Elysian left this partnership in 2002 upon expiration of the five-year contract. A short year later Elysian opened TangleTown, an 80-seat neighborhood brewery/bistro. With a 3-bbl pilot brewery, Elysian-TangleTown acted as the brewers’ test kitchen, fueling the creative fires and helping cement Elysian’s reputation as Seattle’s top brewpub. The most recent addition to the Elysian empire, Elysian Fields, opened in August 2006. Perched next to Seattle’s two sports arenas, Fields seats 400 and packs the house at lunch and on gamedays. It is typical for us to offer over twenty different Elysian beers between the three locations.