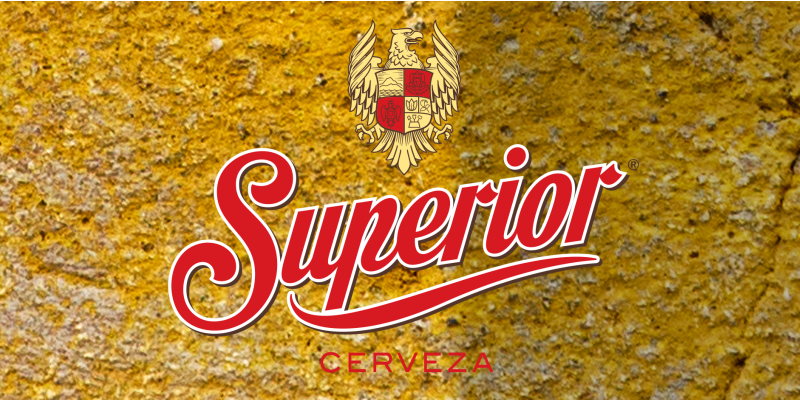 Superior is a Pilsner-type beer, known for its great flavor and balanced body. Superior was born in 1896 together with Cervecería Moctezuma, by 1902 it was already on the market. The Superior Blonde is a character that has accompanied our brand over the years and has become a very relevant icon, so much so that consumers associate her as “The Blonde that everyone wants” was the brand’s slogan for more than 20 years.

After being a strategic point for the traffic between the port of Veracruz and Mexico City, Orizaba had become one of the main manufacturing centers in the country at the end of the 19th century. The area has abundant water from the melts of Pico de Orizaba or Citlatépetl. The quality of the water, characterized by being soft and with a low mineral content, favored the production of Pilsner-type beer. The founders of the beer industry in the region were German immigrants who imported beer recipes from Europe. With German partners and French capital from the Suberbie family, they gave rise to one of the most important breweries in Mexico during the 20th century. After its formation, the XX, XXX, Champagne Beer, and Superior brands began to be marketed.

Superior was born before the Mexican Revolution as a Beer for the most demanding palates. 1896 was the year, in the midst of the industrialization boom of the Porfiriato, when Cervecería Moctezuma opened its doors and the authentic Superior flavor began to emerge from among the majestic peaks of Orizaba.

In an increasingly competitive and diverse market, Superior stands out as one of the oldest beer brands in the nation, backed by 120 years of preference that today position it as one of the most prestigious beers in Mexico, because if you talk about tradition, flavor, and balance, we speak of Superior, the original from Orizaba.

If you would like to learn more, please visit: Cerveza Superior