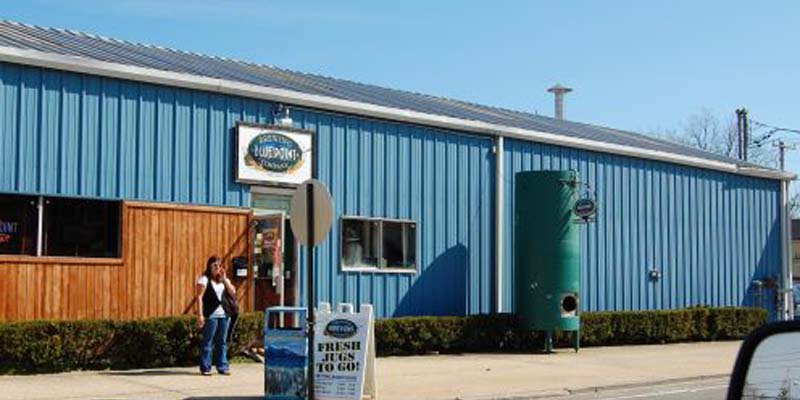 You could say us Long Islanders are a different breed. But in reality, we’re just people who demand more than the status quo. Where we come from, people don’t take your word for it … until you prove you’re worth listening to. Because we work too hard to put up with any bullshit. Give it to us straight, be proud of what you do, and never apologize for something you believe in.

Yeah, we have humble beginnings. You won’t see us on every store shelf, but that’s the kind of brewery we’ve always been. Hell, our founders tapped Blue Point’s first keg in a parking lot. What it comes down to is that we know our drinkers. They know us. And as long as they agree that we’re making beers they want to drink, we’ll keep brewing on.

When Mark and Pete named Blue Point Brewery, they knew it was a name that would come with high expectations. For years, the pair traveled the world, exploring different cultures, people, and, most importantly, beer. Combining their skills, discoveries and trained palates, in 1998 they launched a brewery worthy of its historic name. After all, you can’t associate yourself with the home of the famous Blue Point Oysters that were loved by Queen Victoria without being the absolute best at your craft. Nearly 20 years later, it’s obvious they’ve risen to the call.

What started as two beer nuts chatting over a few pints quickly grew into Long Island’s first and finest craft brewery. Mark and Pete’s shared passion for beer comes through with every recipe, barrel and pint. Pour yourself our flagship Toasted Lager alongside a platter of oysters on the half-shell. Then take home a six-pack of Hoptical Illusion or Mosaic to remind yourself and your friends what really, really good beer tastes like. Our job is simple—keep brewing good beer that we like to drink. If you don’t like it, well… to each his own.