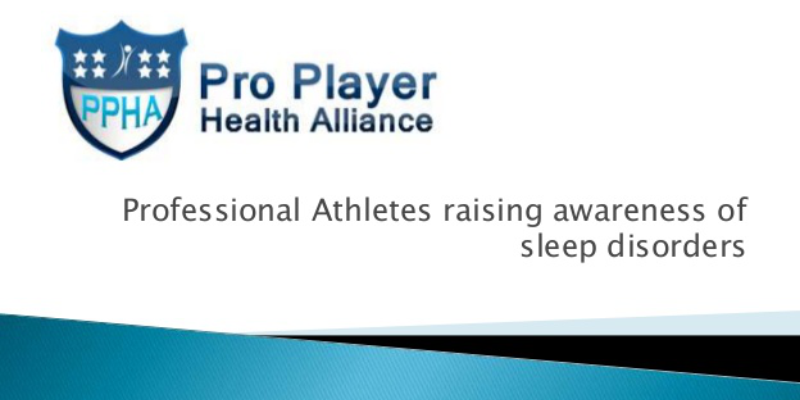 ProPlayer Health Alliance is an organization dedicated to helping former NFL players who suffer from sleep apnea. They are dedicated to improving peoples sleep health through education and advocacy. Treating sleep disorders fits the community focus of the Arizona Cardinals. Attending the event will be Larry Fitzgerald, Roy Green, Derek Kennard, Seth Joyner, Frank Sanders, Mark Walczak, Nicole Bidwill and other present and retired Cardinal greats. The sleep apnea awareness initiative is a popular program for retired players across the country. Iconic players and friends of the ProPlayer Health Alliance Hall of fame players Marcus Allen, Eric Dickerson, Jim McMahon and Mike Haynes will also be at the event and will share their personal experiences with snoring and sleep apnea.

“If I had met David Gergen years ago, I may not have had to experience having a heart attack, let alone two heart attacks and strokes. I am extremely grateful for what he’s done for me and my former teammates and I’m glad to be a part of spreading awareness on sleep apnea so others don’t have to go through what I did.” – Roy Green

This event aimed at improving awareness and understanding of sleep related disorders in the general public is also a fundraiser to benefit the Phoenix Police foundation. Location and time of the public awareness event and fundraiser will be Tuesday January 26 at 6:30 p.m. to close at Padre Murphy’s 4338 West Bell Road, Phoenix AZ 85308 – It is expected that this event will draw over 5,000 thousand attendees.

ProPlayer Health Alliance President David Gergen, owner of Gergens Sleep Appliance Lab and Executive Director of the American Sleep and Breathing Academy is an icon throughout the dental sleep community will be MC for the event. David will be on hand to help the public meet their favorite player and to share his extensive knowledge of sleep disorders including the dental treatment of sleep apnea.

“Over the years more and more retired NFL greats have contacted me regarding their sleep apnea. I am happy to refer them to a dentist or medical doctor who can help them. It became very obvious that the general population was having the same issue. Roy Green and I decided to help the retired players and improve awareness of sleep disorders by promoting large public events” – David Gergen

About Pro Player Health Alliance
Pro Player Health Alliance is an organization dedicated to helping former NFL players, providing testing and treatment options for those who suffer from sleep apnea. Since launching in April 2012, over 260 players have been treated through PPHA’s “Tackle Sleep Apnea” campaign. The PPHA works closely with the American Sleep and Breathing Academy and is dedicated to improving health and wellness through sleep education and advocacy.

About David Gergen
As President of Gergen’s Orthodontic Lab, he has been a nationally respected dental lab technician for over 25 years. He received the award for “The Finest Orthodontic Technician in the Country” given by Columbus Dental in 1986. He also has been appointed chair of the dental wing of the American Sleep and Breathing Academy, a national interdisciplinary academy dedicated to sleep training and education with over 60,000 members. He has worked for some of the pioneers in the orthodontic and sleep dentistry fields. One of his proudest achievements is receiving The National Leadership award for Arizona Small Businessman of the Year in 2004.