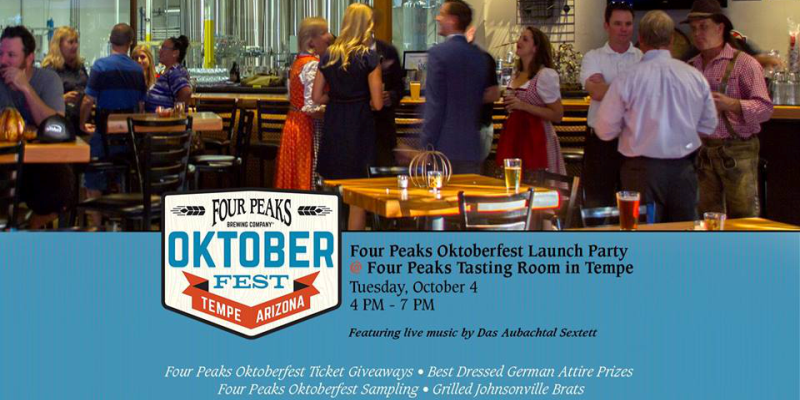 It’s time to grab your beer steins, launder your lederhosen, dust off your dirndl and put umlauts over every other word then join us for three days of Four Peaks Oktoberfest at Tempe Town Lake from October 7th to the 9th!

It will all officially kick off at the Four Peaks Tasting Room on Wilson Tuesday, October 4th as we host a special Four Peaks Oktoberfest Happy Hour Pre-party!

The event will go from 4pm to 7pm and will feature tastings of the Four Peaks Oktoberfest Vienna Lager, delicious brats, Live musical performance from the Das Aubachtal Sextett, General and VIP Ticket giveaways, prizes for the “Best Dressed” German outfit and MORE!

This event is open to EVERYONE so feel free to drop by and get your first taste of the Four Peaks Oktoberfest fun!

Stay up to date on all of the Tasting Room goings-on by going to their facebook page!