A Sustainable Brewery that Supports Community and Mother Earth 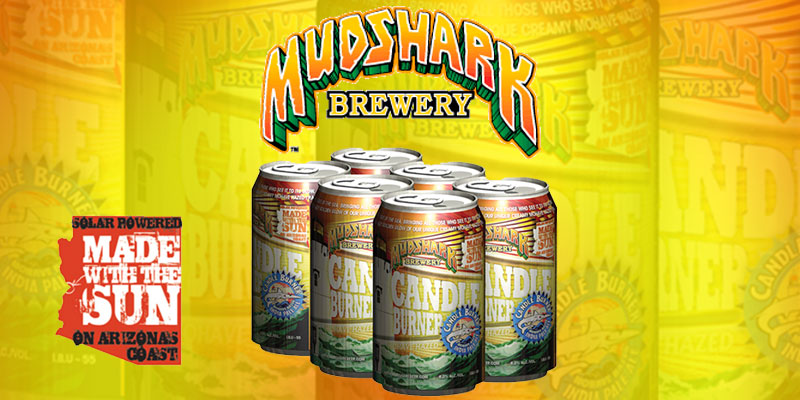 Been burning the candle at both ends to find a refreshing beer to enjoy this summer? Mudshark Brewery’s new Candle Burner IPA is certain to satisfy with its flavorful taste and creamy texture.

Beer drinkers can light up the summer with this enticing ale, which features a distinctive tropical hop aroma and a melon, citrus peel and resin character. Candle Burner is a golden-colored ale that measures 6.2 percent ABV and offers a slightly hazy appearance and creamy mouthfeel thanks to the generous mix of oat and wheat.

Hints of tropical fruit and citrus mix with the ale’s high hop flavor in every single sip. And it highly supports the “in-your-face” hop presence providing a perfect balance of a juicy Mosaic and Citra hops.

According to the folks at Mudshark, its due to the unique dry-hopping method techniques that are used to create Candle Burner that “lock in the juicy hop aroma.” Compared to your average IPA, it offers less bitterness and more flavor.

It’s gotten high marks from the brew aficionados websites like Beer Advocate, who have praised its crisp taste, amazing floral notes, and hints of juicy citrus.

Candle Burner is one of nine signature created year-round by Mudshark Brewery, which is based out of Lake Havasu City and is co-owned by Arizona couple Scott and Tina Stocking. The family-owned company, which was founded back in 1998, produces more than 10,000 cases of handcrafted beer every year.

And, get this, they do it by harnessing the power of the sun. No joke. 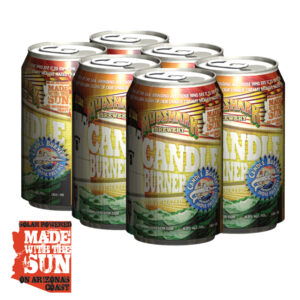 The folks at Mudshark proudly tout the fact that their company creates “solar-powered beer,” which isn’t just a marketing slogan.

In 2011, the company installed an array of solar panels, which shrunk its electrical bills by 80 percent and significantly reduced its carbon footprint. According to Scott, most of Mudshark’s daily brewing operations are powered by solar energy.

Its not the only steps the brewery and its staff have taking in order to help the environment. They’ve also switched from propane to natural gas and use recyclable materials for its beer carriers

Earlier this year, Mudshark Brewery also implemented a water conservation program that used holding tanks to catch all the excess water from the brewing process and recycle it for cleaning kegs, tanks, and surfaces.

“To give you an idea how huge that is, our water bill went down $800 last month,” Scott says.

If you’d like to see their operation for yourself, you can text 86677 to score a summer getaway in Lake Havasu, including a two-night stay at the London Bridge Resort, a one-day rental of a kayak for two, and dinner for two at the Mudshark Brewery.

And for more information about Mudshark Brewery, its lineup of beers, and its eco-friendly operation, visit mudsharkbeer.com.