Mudshark Brewery Nominated as one of America’s Favorite Solar Breweries

Lake Havasu, Arizona – Mudshark Brewery has been nominated as one of 41 craft breweries from 27 states in Solar United Neighbors first-ever Brews from the Sun Competition. The competition is an opportunity to celebrate craft breweries around the country that are using solar energy to power their beer and crown America’s favorite solar craft brewery. Solar supporters and craft beer enthusiasts will have the chance to vote for their favorite brewery that has gone solar from June 18 – August 18. 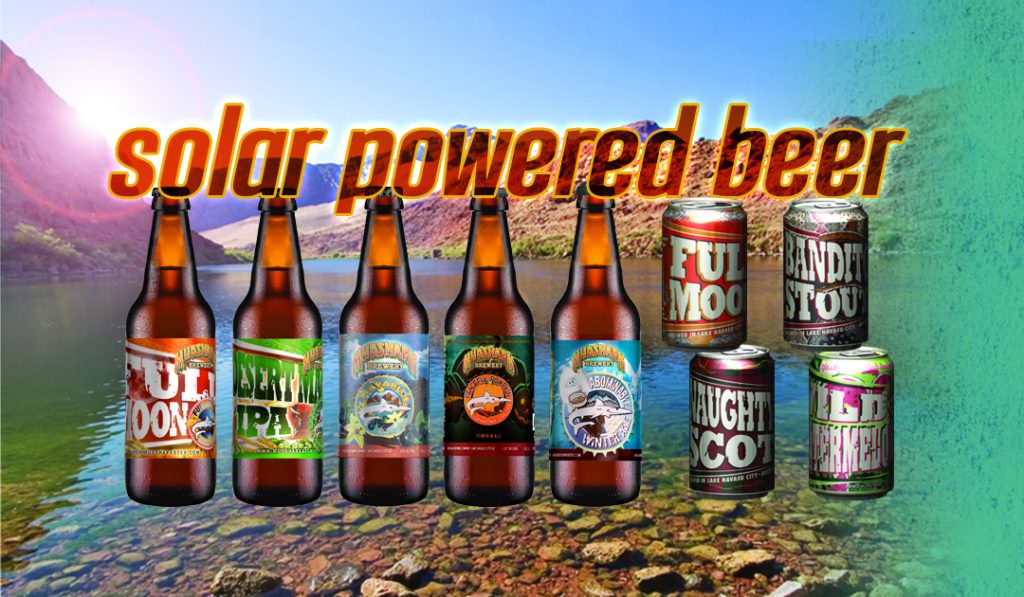 The folks at Mudshark proudly tout the fact that their company creates “solar-powered beer,” which isn’t just a marketing slogan. In 2011, the company installed an array of solar panels, which shrunk its electrical bills by 80 percent and significantly reduced its carbon footprint. According to Scott Stocking, owner of Mudhsark Brewery, most of Mudshark’s daily brewing operations are powered by solar energy.

Its not the only steps the brewery and its staff have taking in order to help the environment. They’ve also switched from propane to natural gas and use recyclable materials for its beer carriers

Earlier this year, Mudshark Brewery also implemented a water conservation program that used holding tanks to catch all the excess water from the brewing process and recycle it for cleaning kegs, tanks, and surfaces. “To give you an idea how huge that is, our water bill went down $800 last month,” Scott says.

Solar United Neighbors is a national nonprofit organization that helps people go solar, join together, and fight for their energy rights. It helps thousands of people go solar every year through bulk purchases known as “solar co-ops” as well as through a paid membership program. Members receive on-going support for their solar system, discounts to businesses that have solar, and join a community of solar supporters to ensure their investment in solar is protected.

“We’re excited to be able to showcase so many wonderful breweries,” said Anya Schoolman, Solar United Neighbors Executive Director. “Breweries across the country are going solar to save money and take control of where their electricity comes from with a clean energy source.”

Beer aficionados can vote at by clicking the image below. Public voting will be open through August 18. 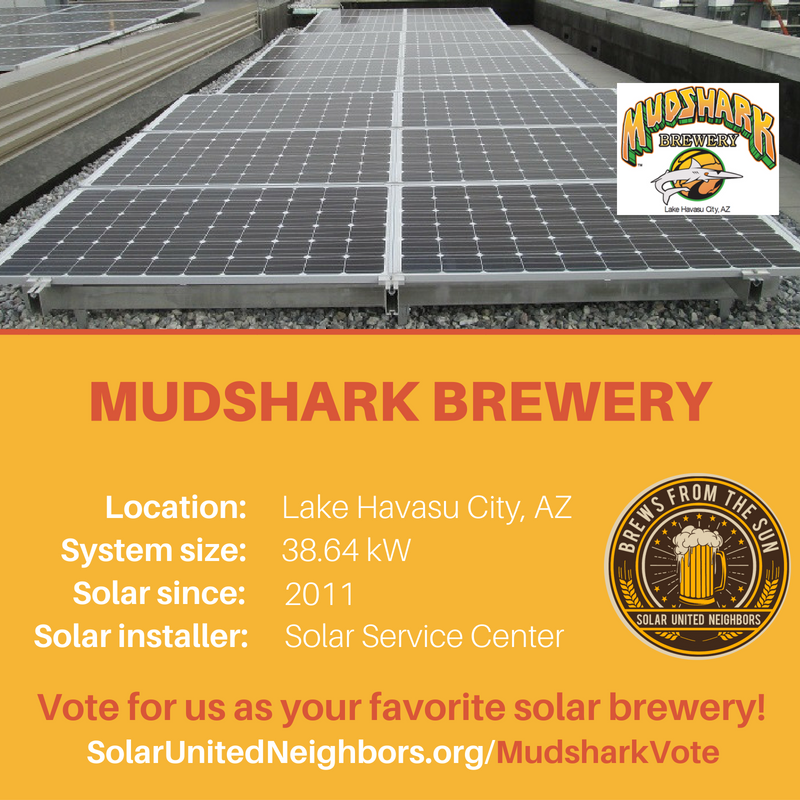 Mudshark Brewery is located in Lake Havasu City, Arizona. Started in 1998, the family owned brewery produces about 35 different beers a year. Their passion is beer and the brewery is committed to providing guests great food, great beer and great times. Mudshark is part of a craft brewing revolution that recognizes its ability to produce high quality products while being conscious about their effects on the environment. Mudshark utilizes the power of the sun to help brew delicious hand crafted beers. Most of the daily brewing operations are powered directly from solar energy. Visit www.mudsharkbeer.com for more information.