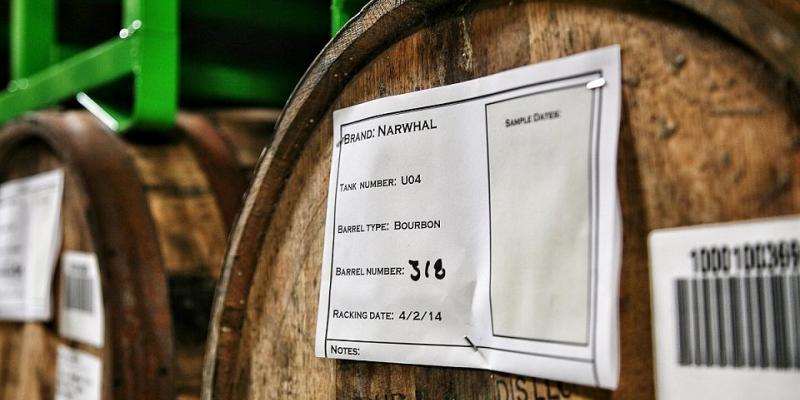 Each beer in this year’s Sierra Nevada Barrel Series has been stored in wooden barrels formerly used to mellow spirits. From this time in repose, complex layers of flavor have emerged from the effect of the wood and the passage of time, infusing the base beers with nuance and character and transforming them into something altogether new. 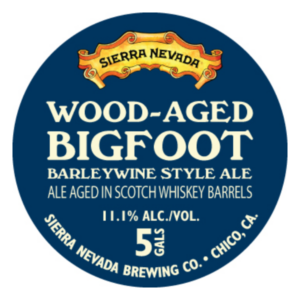 Sierra Nevada Bigfoot Barleywine is a craft beer legend. Each winter, this beast of a beer appears and wreaks havoc on unsuspecting palates with its intense bittersweet flavors. This year, in honor of the 30th Anniversary of this style-bending brew – Sierra Nevada is releasing a very special version of this cult classic. Aged in oak whiskey casks for over a year, this barrel-aged Bigfoot is incredibly complex. The assault of resinous hops has mellowed, and the influence of the wood has shifted focus toward the malt, with rich burned-sugar flavors and notes of vanilla, toasted coconut, and raisins. Grab this elusive beast while you can, because it won’t be around for long. 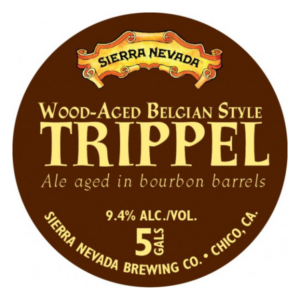 Ovila Abbey Tripel from Sierra Nevada Brewing Company is placed in barrels and matured for nearly seven months. The resulting beer is intense and complex- a marriage of the fruity and spicy character of the base beer with notes of honey, coconut, and deep tannic flavors from extended aging in oak barrels. 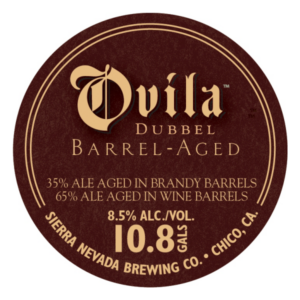 Ovila Abbey Dubbel from Sierra Nevada Brewing Company is aged in a mix of red wine and bourbon barrels to create a complex blend of caramel-like malt flavors with notes of black cherry and vanilla, which complement the spicy character of a traditional Belgian-style yeast. 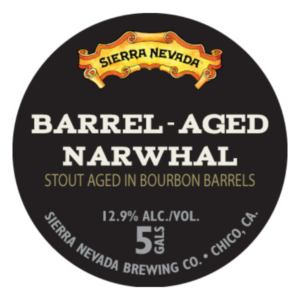 A deliciously dark Imperial Stout, Barrel-Aged Narwhal is aged in Kentucky bourbon barrels. Barrel aging is a strange science; it mellows some characteristics of the original beer while intensifying others. Once Narwhal’s aggressive roastiness has calmed, but the rich, chocolate-like malt backbone is brought back to the fore. Black as midnight, this intense stout is complex with notes of cocoa and espresso blended with hints of vanilla and toasted coconut and a slight touch of honey from the oak casks. Nearly as rare as its natural namesake, try Barrel-Aged Narwhal while you can because like the creature itself, it will soon dive into the depths and leave nary a trace behind. 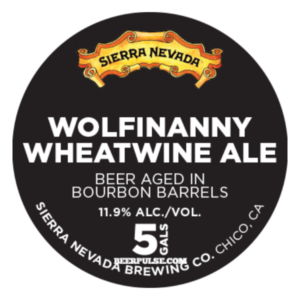 Under the cloak of darkness and beyond the moonlit edges of North Carolina wheat fields hides the fabled Wolfinanny. It’s an escaped circus creature believed to wreak gnarly and wildly delicious devastation on any unsuspecting beer lover it finds. You might be next. Aged in Bourbon Barrels until she, or he, or it reaches a lovely 11.9% ABV, this elusive beer sneaks into your nose with bourbon, plum and sherry notes. Like a mystery, subtle maple-bacon notes lurk to envelop the palate. A complex wheat wine, Wolfinanny finishes with hints of vanilla from the time spent in barrels before it slips away into the dark of timeless folklore. Watch your herd, protect your flock, and don’t be caught dreamin’ for the Wolfinanny just might be out tonight.