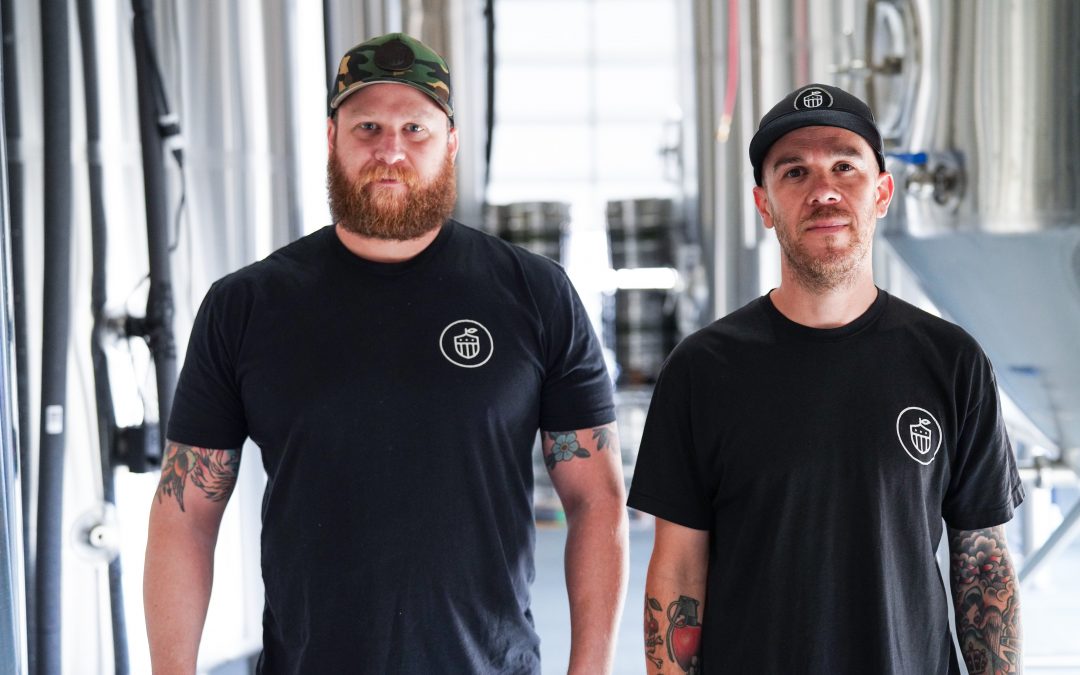 (Mesa, Ariz. – January 13, 2022) The veteran-owned and family run craft cidery, Cider Corps, announced today that it has signed a distribution deal with Hensley Beverage Company. The partnership comes on the heels of a recent expansion into a 14,000 sq. ft. production facility for the 4-year-old cidery, and will help make its craft beverages available at small and large outlets around the state.

“We are so humbled by the response we’ve had to our ciders in such a short time,” said Jason Duren, Cider Corps co-owner and cidermaker. “Our Mesa taproom has been a destination for many in the state interested in trying our drinks. We’re looking forward to working with Hensley to make it easier for people to find and try Cider Corps no matter where they are in Arizona.”

Duren, a medically retired Marine veteran, started making cider with his brother, Josh Duren, as a therapeutic hobby as he recovered from traumatic brain injuries suffered while serving in Afghanistan. The brothers opened Cider Corps in Downtown Mesa in 2017 and it is Arizona’s largest craft cidery.

Max McClure, Hensley’s Sr. Brand Manager of Craft Beer, Wine and Spirits, added, “We are happy to be partnering with Cider Corps to distribute their locally-made ciders across Arizona.  It’s been such a privilege to get to know Jason and Josh and learn their story.  Cider Corps has a large group of loyal fans and we are excited to introduce their amazing ciders to all Arizonans.”

Cider Corps is the first Arizona-owned and operated cider on the Hensley roster. Current offerings include its three flagship styles available by the can to bars, restaurants and retail outlets: