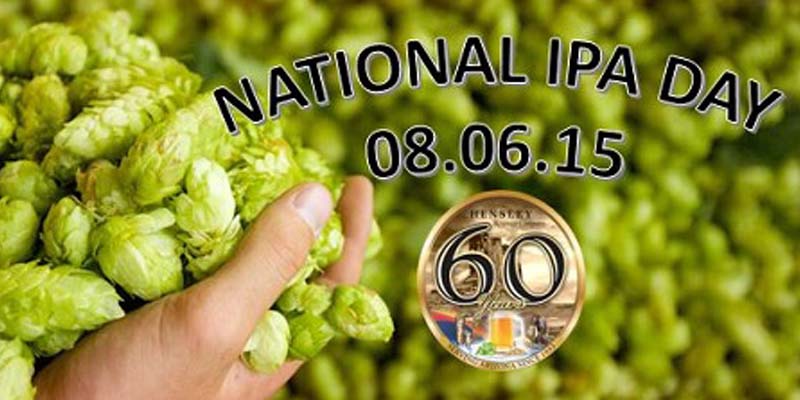 In honor of the awesome craft beer creation of the IPA, we would like to take a look at one of the innovators in the category today, Stone Brewing Company. By definition, an India Pale Ale is hoppier and higher in alcohol than its little brother, pale ale, and the Stone team delivers in spades. Now one of the most well respected and best-selling IPAs in the country, this golden beauty explodes with citrusy flavor and hop aromas, all perfectly balanced by a subtle malt character. This crisp, extra hoppy brew is hugely refreshing on a hot day, but will always deliver no matter when you choose to drink it. What better way to toast to National IPA Day today?

Plus, big news from the innovative Stone team! Now entering its 19th year in the craft beer business, Stone Brewing Co. is in a state of unprecedented expansion. In addition to constructing an East Coast brewing facility in Richmond, Virginia, the country’s ninth largest craft brewery—with a long history of forwarding a number of craft beer styles that are now some of the most popular—is on the verge of further differentiating itself by becoming the first American craft brewer to independently own and operate a brewery in Europe. Appropriately (yet, admittedly, by coincidence), Stone is introducing an internationally inspired, celebratory offering, Stone 19th Anniversary Thunderstruck IPA. An IPA brewed entirely with Australian hops and malt, the beer will begin appearing on draft and in commemorative 22-ounce bottles across the country on August 10.

“We’re immensely proud of the many unique beers we’ve brewed over the past 19 years, and it’s our fans’ love of those beers and their support of Stone that has allowed us to do what we do over such a long span,” said Stone CEO & co-founder Greg Koch. “We’re excited to be closing in on two full decades of craft brewing and our anniversary beers always offer us a special way of saying thank you to our supporters.”