Four Peaks Tailgater of the Game 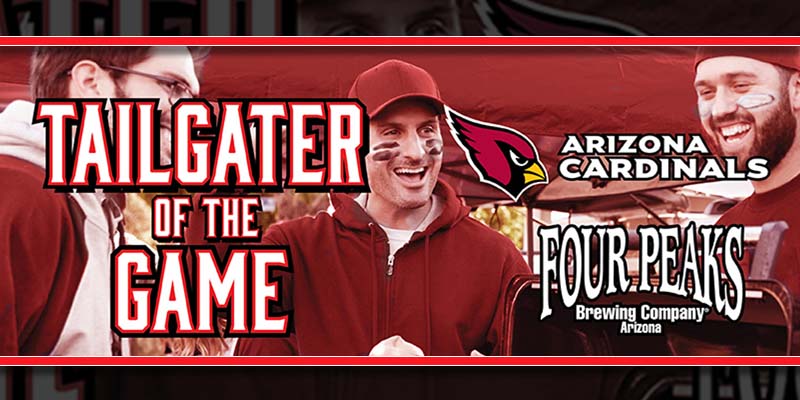 Each week during the regular season, the Arizona Cardinals and Four Peaks Brewing Company will award one lucky tailgate fan as the “Four Peaks Tailgater of the Game.” The award will be presented to the lucky fan that displays the best tailgate area based on food, decorations, team spirit, and FOUR PEAKS Beer! Look for the Four Peaks tailgate crew prior to kick-off around University of Phoenix Stadium in all tailgate areas. In addition to receiving a special prize each week, the winning fan will be recorded by the Arizona Cardinals film crew with the video shown in game later that day during the 3rd quarter! And that’s not all… after the final home game, Four Peaks will select the best tailgater from among the 8 winners, awarding that fan as the ‘Four Peaks Super Tailgater of the Year’. This die hard tailgater will win a Four Peaks tailgate party to be held at the winner’s house, including a full spread, 65″ flat screen TV, stainless steel grill, and many other surprises. Make sure to tailgate with your favorite Four Peaks Brew- Your Beer, Arizona!