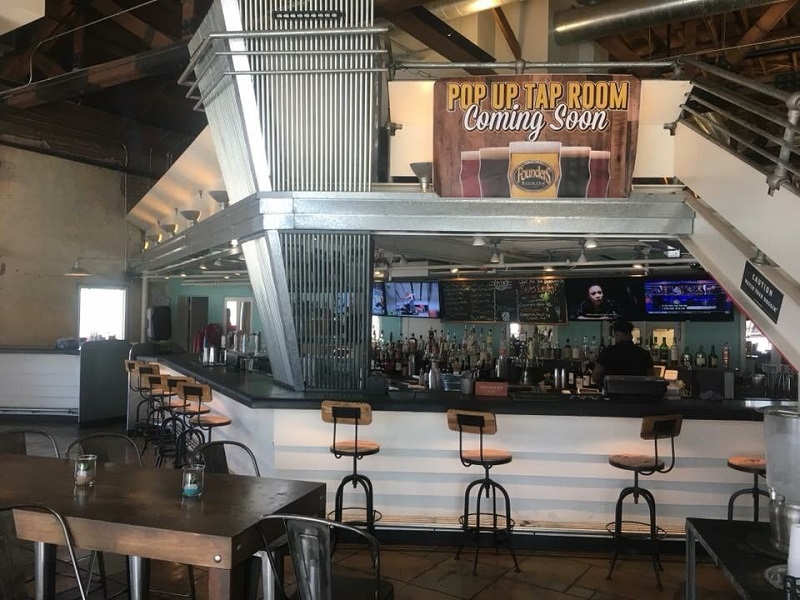 Phoenix, AZ- Founders Brewing Company and DeSoto Market in downtown Phoenix are excited to announce the continuation of the DeSoto Market Pop Up Tap Room concept with an official change over the weekend of April 27-29, 2018. The official transfer occurs Friday, April 27 at 4pm as Desoto Market says goodbye to Huss Brewing and formally welcomes Founders Brewing Company. Desoto will be pouring beers from both breweries as Huss passes the torch to Founders – who will begin a three-month residency as part of Desoto markets Pop-Up Taproom series.

Following the change-over, Founders will formally have their official DeSoto Market Pop Up Tap Room Launch Party on Saturday, May 5th, Cinco de Mayo as well as Kentucky Derby Day, with a special tapping of the ever popular KBS at noon. Beginning May 5th, craft beer fans will be able to find 12 beers from Founders on tap at all times, including favorites like All Day IPA, Rubaeus, and Breakfast Stout. The Taproom will also feature rotating seasonal and limited beers like Green Zebra, Curmudgeon, and Double Trouble.

The Founders/ DeSoto Market Pop Up Taproom will also feature several signature food items duplicated from the brewery in Grand Rapids, MI. Each Friday rare offerings will be tapped from Founders award winning Barrel-Aged program – including KBS, Backwoods Bastard, and new Barrel-Aged IPAs that have never been released to the market.

The Founders taproom will run thru the end of July and will be open Monday-Friday 3 PM – Midnight, and Sat. & Sun 11-Midnight.

Established in 1997 by two craft beer enthusiasts, Dave Engbers and Mike Stevens, with day jobs and a dream, Founders Brewing Co. brews complex, in-your-face ales, with huge aromatics and tons of flavor. Founders ranksamong the top 20 largest craft breweries in the U.S. and is one of the fastest growing. The brewery has received numerous awards from the World Beer Cup and the Great American Beer Festival and RateBeer and BeerAdvocate users often rate its beers among the best in the world. Located in downtown Grand Rapids, Michigan, Founders is a proud member of the Michigan Brewers Guild. For more information, visit foundersbrewing.com or follow Founders on Twitter, Facebook, Instagram and YouTube.