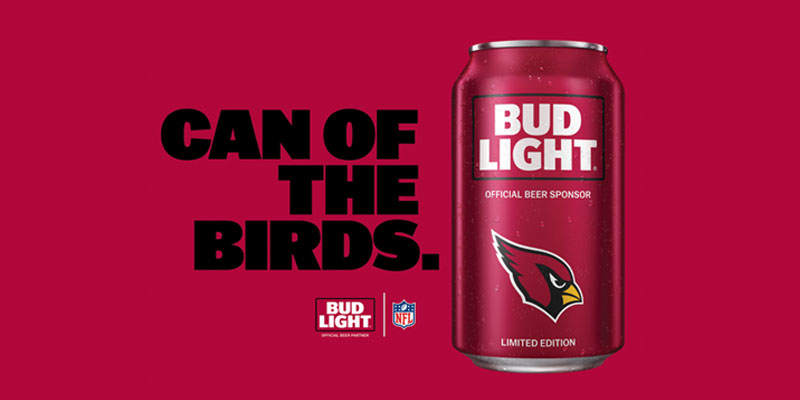 The Cans Are Coming…Bud Light’s Popular NFL Team Cans Are Back!

With the football season set to kick off in only a few weeks, Bud Light – the Official Beer of the NFL and the Arizona Cardinals – is once again helping devout fans showcase their team pride by introducing all-new custom cans for its 27 NFL team partners, including the hometown NFC West Champion Arizona Cardinals.

The cans – which are on shelves now and will be available throughout the 2016-17 NFL season – are draped in each team’s colors, feature its logo and will be brought to life in each market through localized, signature sayings that every team’s fans will recognize and embrace.

The cans are part of Bud Light’s “Beer With Your Team On It” campaign, which will celebrate NFL fandom and passion for Bud Light throughout the season.

Look for the limited edition, specially designed Bud Light Arizona Cardinals 12oz cans this season in twelve, eighteen, and thirty packs throughout the state of Arizona.