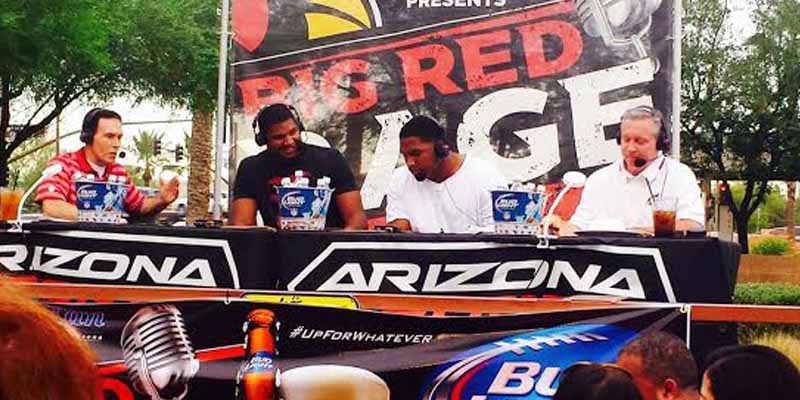 Returning for its 18th year, the Big Red Rage Radio Show has become the premier way to be a part of the Arizona Cardinals’ regular and playoff NFL schedule. As the official sponsor of the NFL and the Arizona Cardinals, and the favorite beer of NFL fans, Bud Light has proudly teamed up with Arizona Sports 98.7 FM and hosts Ron Wolfley, Paul Calvisi, and Calais Campbell each Thursday during the NFL season.

Make sure to come out, enjoy great Bud Light and beer specials, enjoy delicious food, and get an up close and personal experience with the Arizona Cardinals, Arizona Sports 620, and the Bud Light Promotional Team.