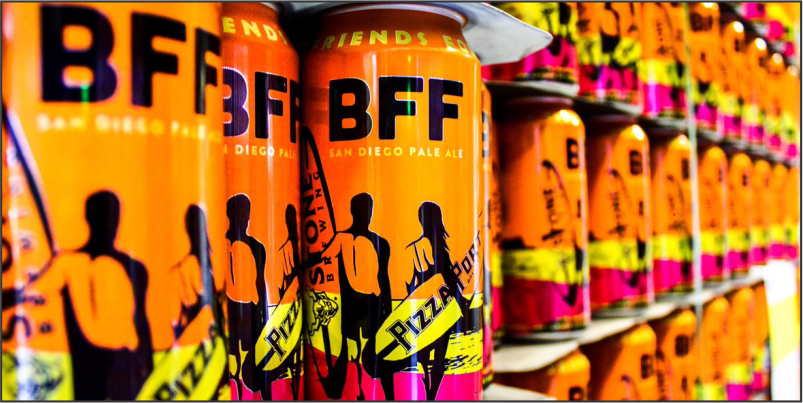 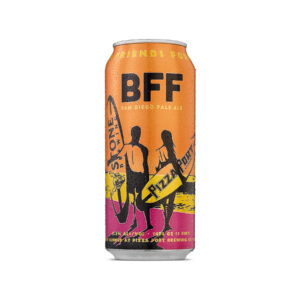 The two breweries share a rich history more than 20 years in the making. The long-standing friendship was founded by a shared love for craft beer and kept alive through continual engagement and collaboration.  “In July of 1996, we were so excited to serve beer from Stone Brewing that Vince drove his truck to pick up their very first keg and we tapped it at Pizza Port that same night,” said Pizza Port Co-Owner Gina Marsaglia.  This beer celebrates the past, present, and future of all beer friendships, and the importance of camaraderie within the craft beer industry.

“Vince and Gina have been great friends, and a part of Stone’s success over the past 22 years. I remember Pizza Port Solana Beach tapping our first ever keg of beer on July 26, 1996, and standing there for over an hour waiting for the first pint or pitcher to be ordered, hopping that someone had maybe read about us and was interested in trying a beer from this new brewery,” reminisced Greg Koch, Stone Brewing executive chairman & co-founder. “Today we have a different story to tell as the interest in our beers has escalated significantly! We wouldn’t be here without our friends in craft brewing. This collaboration honors our years of mutual support, and all the pints along the way. Can you honor beers enjoyed with friends by brewing a beer with friends? We say yes!” 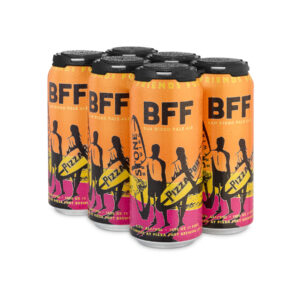 “It’s very cool to brew with the Pizza Port crew and Sean, who was at Stone when I started back in 2004,” stated Jeremy Moynier, Stone Brewing senior innovation brewing manager. “Taking inspiration from our original Stone Pale Ale (that first keg sold to Pizza Port!), and combining both of our breweries’ histories with our continuing innovative practices, we crafted a very unique Pale Ale showcasing a nod to the past with a firm view to the future. A mix of English, New Zealand, and newer American hops creates a complex mix of aromas and flavors, combined with a perfectly crisp and complementary malt background.”

Pizza Port is devoted to total customer satisfaction by providing the highest quality and the best service humanly possible, while having too much fun. We take ultimate pride in our standards by offering a completely unique dining and drinking experience. Our goal is only met if we make you happy and you have a great time, EVERY TIME! Visit us at www.pizzaport.com or follow us on Instagram, Twitter, Facebook and YouTube.

Founded by Greg Koch and Steve Wagner in 1996, the groundbreaking San Diego-based Stone Brewing is the 8th largest craft brewer in the United States. Recognized as an award-winning industry leader, Stone has been listed on the Inc. 500 | 5000 Fastest Growing Private Companies list 12 times and has been called the “All-time Top Brewery on Planet Earth” by BeerAdvocate magazine twice. The multifaceted company was the first American craft brewer to build, own and operate its own brewery in Europe (Berlin, Germany), and also opened a production brewery in Richmond, Virginia in 2016. In 2018, Stone opened Stone Brewing – Napa in the heart of California’s wine country. Known for its bold, flavorful and largely hop-centric beers, Stone has earned a reputation for brewing outstanding, unique beers while maintaining an unwavering commitment to sustainability, business ethics, philanthropy and the art of brewing… and pledging never, ever, sell out to the man.  For more information on Stone Brewing, please visit stonebrewing.com or the company’s social media sites: Facebook, Instagram and Twitter.