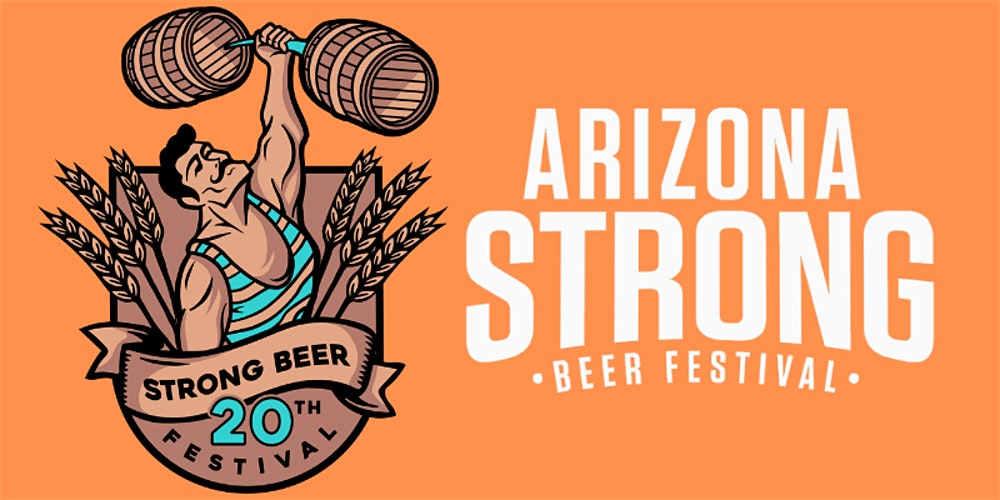 Two Decades of Celebrating the Best Brews in Arizona and Beyond

Since its inaugural event in the year 2000, the Arizona Strong Beer Festival has been one of the state’s most anticipated annual events. This year, the festival is celebrating its 20th year and is expected to make it an anniversary to remember. As one of the top craft beer festivals in the United States, the Arizona Strong Beer Festival is a must-do experience for any beer lover.

While one of the event’s primary goals is to offer a fun, dynamic festival to celebrate the best in craft brewing, it also serves another very important purpose. Each year, funds raised during the event go towards the Arizona Craft Brewers Guild, a professional organization dedicated to establishing favorable business conditions for Arizona-based breweries. With help from the Arizona Craft Brewers Guild, the state’s beer culture has flourished.

Last year, there were more than 500 beers available on tap at the festival, and the 2020 event is slated to offer even more brews to choose from. Sip your way through an amazing selection of craft beer from more than 130 of the best breweries in Arizona and all over the United States. With a line-up that features everything from the classic to the ultra-rare, the Arizona Strong Beer Festival has something to satisfy every taste.

Tucked in a large, grassy area at the back of the Arizona Strong Beer Festival, you’ll find the Hensley Village. There, you can discover a diverse selection of featured offerings from both local and national breweries. Every year, the Hensley Village takes on a new, creative theme, offering a novel, beer-centric experience even for the most seasoned festivalgoers.

This year, Hensley Village is promising to be bigger and better than ever, with an impressive variety of breweries and suppliers joining in on the festival fun. Whether you’re a longtime craft beer devotee or relatively new to the scene, odds are that you’ll recognize some old favorites – and discover some new and note-worthy names as well.

Here are just some of the breweries and suppliers you can look forward to seeing at the Hensley Village at the Arizona Strong Beer Festival 2020:

Get Your Tickets to the Arizona Strong Beer Festival Today

The Arizona Strong Beer Festival will be held at Steele Indian School Park in Phoenix on February 8th from 1-5 pm. The event’s 20th anniversary celebration is expected to kick off the festival’s biggest and best years yet, making it an Arizona festival you won’t want to miss.