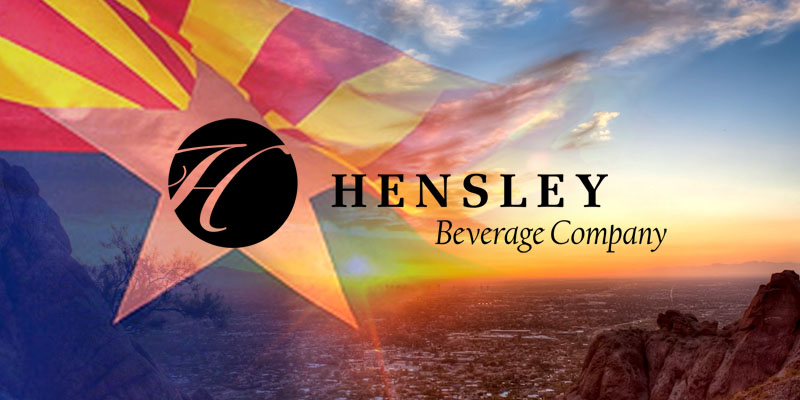 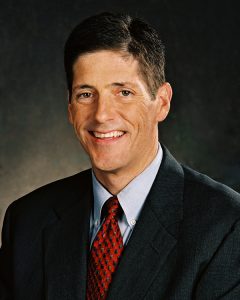 (Phoenix, AZ) – Hensley Beverage Company, Arizona’s largest beer distributor, has named Andrew McCain as its new incoming president effective February 20, 2017.  Andy will be the 3rd executive to hold the title of president since Hensley’s inception 62 years ago.  Hensley is the primary distributor of Anheuser-Busch beers, local and regional craft beers, fine wines, premium spirits, and non-alcohol beverages including energy drinks, water and soda in the state of Arizona.

Jim Hensley founded Hensley & Company in 1955 with just 12 employees. Operating now as Hensley Beverage Company, the organization currently has 1,100 employees and nearly 10,000 retail customers.  Upon Mr. Hensley’s passing in 2000, his daughter, Cindy McCain, assumed the role of Chairman of the Board.  Robert Delgado, named president in 1994, and Chief Executive Officer in 2000, will continue to lead the organization as CEO.

McCain graduated from Vanderbilt University with a Masters in Business Administration in 1986 and began his career with Hensley in 1996 after a successful career in banking.  He rose through the ranks in various positions, and since 2013 has served as both COO and CFO.  He oversees and manages Hensley’s operations, finance, treasury, accounting, strategic planning; information technology and sales and marketing operations.

Andy also recently served as Chairman of the Anheuser-Busch Wholesaler Panel, which represents the United States A-B Wholesaler network.  Following in Delgado’s footsteps, he has also led or been a member of numerous community organizations and believes strongly in giving back to the communities Hensley serves.  “It is an honor to have the opportunity to now serve Hensley at this level, and to continue to grow the organization as the preeminent market leader that represents world class products and superior customer service.”

Delgado has led Hensley Beverage Company through significant changes, challenges and milestones during his 42-year tenure, including a major structural re-organization in 1994.  With McCain at his side, they navigated through the tough economic decline of 2008-2012, expanding the organization through the acquisition of numerous new brands including wine, spirits, craft beers and non-alcoholic beverages.

In March of 2016, under their leadership, Hensley Beverage acquired Golden Eagle Distributors (GED), which led to unprecedented growth and propelled Hensley forward as the largest beer distributor in the state, representing approximately $600 million in sales revenue.  GED was a fellow Anheuser-Busch Wholesaler, and family-owned business, based in Tucson with facilities in Flagstaff and Show Low. With the acquisition of GED, Hensley now delivers to virtually the entire state of Arizona.

Delgado said, “Andy has earned and is deserving of this new title.  He is an individual of strong character, high integrity, and demonstrates the highest ethical standards.  The combination of his intellect, keen business instincts, and thorough knowledge of our business has him well prepared for this role.  He is a natural leader.  We will continue to work together to build Hensley as the preferred distributor in Arizona in terms of products we distribute and will maintain our strong commitment to our employees.”

Hensley Beverage Company, one of the largest privately-held companies in Arizona, has six facilities that serve the greater Phoenix, Chandler, Prescott Valley, Tucson, Flagstaff and Show Low areas and has a delivery fleet of more than 500 vehicles.

Hensley Beverage Company – a “local first” company. Building key relationships with our employees, community, supplier partners and retail customers one case at a time. . . with service, integrity and quality products.